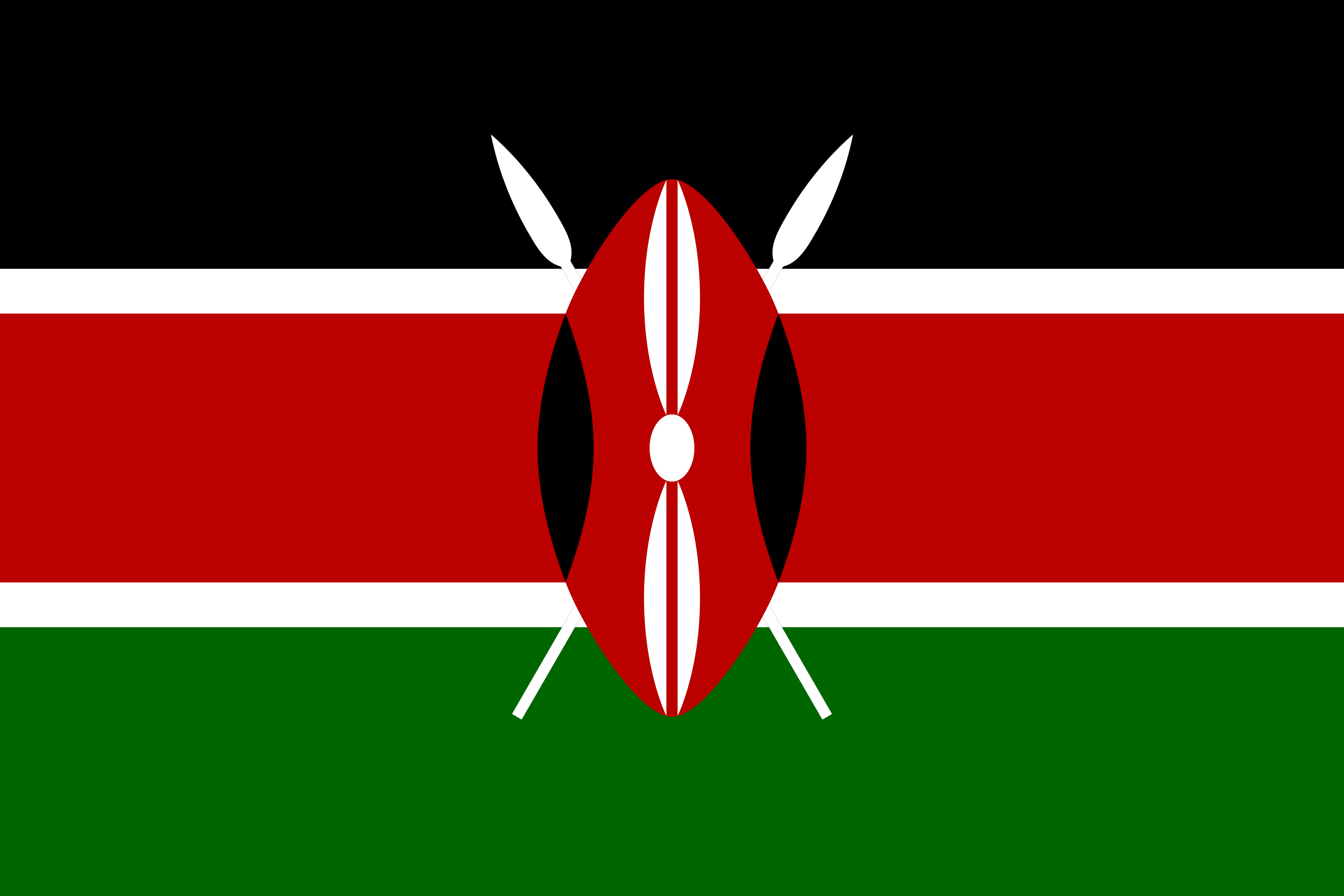 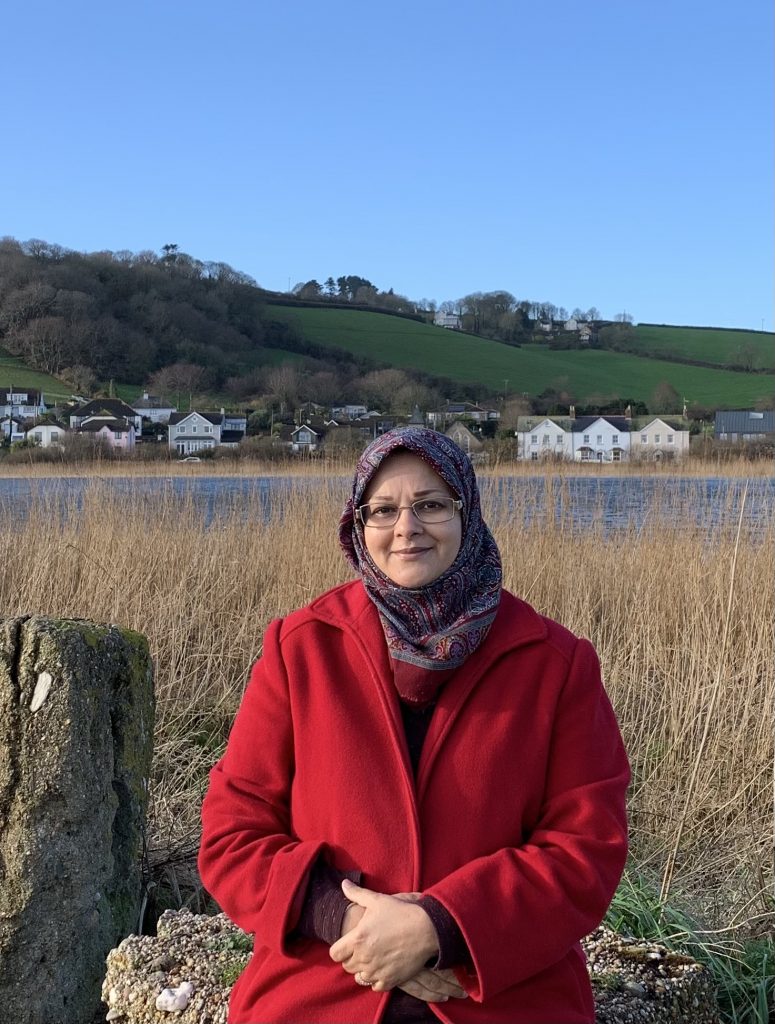 Zohra Aly was born in Kenya in the 1970s. She is a trustee and runs the Saturday School at the Imam Hasan Centre in Annangrove in north west Sydney. A former pharmacist, she recently completed a Masters in Creative Writing, has freelanced for newspapers and magazines and contributed essays and short fiction to anthologies. Currently working on a novel set in London in the late 1980s, she is married with four children and two Burmese cats.

When you’re part of a family which has spent a few generations migrating, food and language become connecting threads to place. My grandparents migrated in the 1930s to Kenya from Gujurat on the west coast of India. My mother and her siblings were all born in Nairobi, where my grandfather worked on the railways. All of which makes me a second generation East African Indian. I was born in a little coastal town called Mombasa in the 1970s.

I knew only a few words of Swahili but my fondest childhood memories are rooted in the East African Indian cuisine that I was exposed to living in Mombasa and holidaying in neighbouring Tanzania. Indian diaspora families from the two neighbouring countries maintained a friendly rivalry akin to NSW and Victoria, and this is most obvious in the naming of popular street foods and dishes which populated my childhood.

My grandmother combined the recipes and cooking techniques of her Hyderabadi upbringing and married life in a small village in Gujurat with the ingredients and flavours of East African cooking – using coconut milk to thicken curries s and starchy tubers like cassava as carbohydrate sources. My favourites were deep-fried doughnut-like mahamri, triangle-shaped and flavoured with cardamom and fennel seeds (called mandazi if you’re Tanzanian) which I dunked in chai or used to scoop up pigeon pea curry, and kokotende, tiny portions of dough rolled on the back of patterned glass into corkscrews, deep-fried in large woks and then tossed in a sugar coating –  a bite of the crisp exterior and the kokotende crumbled into a soft sugary mess in my mouth.

On weekend strolls by the Mombasa Lighthouse, we ate corn on the cob grilled over open fires or roasted cassava sticks dusted with salt and chili powder and drizzled with lime, washed down with madafu – sweet water sipped through a straw out of the coconut, and scoops of the gelatinous creamy flesh from inside the coconut perched on the lid. You could buy transparent polyethene bags of lightly spiced cassava chips, or easy to chew bite-sized chunks of sugar cane to take home and enjoy later.

I was just a little girl when Idi Amin ordered Asians in neighbouring Uganda to leave within ninety days in 1972. The Indian diaspora in Kenya and Tanzania feared a similar fate and many planned to migrate yet again, fleeing to the West and Middle East. My parents had separated by then, and when I was six years old, my Mum and I travelled by ship on a five-day journey to Karachi in Pakistan to live with her parents, my grandparents. In another two years we were all on our way again, this time to Dubai where my Mum’s brothers had settled.

In Dubai, Arabic food like shawarma and felafel beckoned in street-side cafes, as did Indian and Pakistani staples like samosas and naan. At home was where I found the flavours of my east African childhood, and these were prominent in Ramadhan. My grandmother, mum and aunts cooked different items in their kitchens for iftar. Small share plates would be prepared, and I would walk with my grandfather to deliver what we had prepared at home to my aunt, and collect her offerings for iftar, bringing them home in time to sit down for a spread at iftar. Sometimes, neighbours would get involved in this tradition too.

When I went to university in London, my first iftar on campus was memorable – I cooked with others in the communal kitchen but while they ate dinner, I had to wait for sunset which was at around 8.30pm. Tired and hungry, I took my pot of tangy chickpea stew back to my room and fell asleep waiting, waking up an hour after iftar time! The rest of my repertoire was basic and included tomato-based pasta sauces, store-bought salads and sandwiches, and I relied on doggy bags containing curries, biriani and home-made roti kindly offered by extended family when I would leave after a visit. I did get odd looks travelling back to campus on the Underground as food aromas escaped my bags.

I returned to Dubai in 1992 a newly graduated pharmacist and found work soon after in a large hospital. Mum worked as a teacher, and often we would pick up dinner from one of the many restaurants close to home. I had always loved to bake cakes and preferred that to learning to cook.

Mum had a book where she wrote down her favourite recipes and stuck clippings from newspapers too. Fifty years later, she still has it. Sadly, many of my grandmother’s recipes never made it into that book but I later started something similar with some of my mum’s recipes which she sent in blue airmail letters when I moved to Australia; some of my mother-in-law’s recipes which I learnt cooking beside her; and some from the children too. It’s falling apart now but I love flicking through all the different handwriting.

I met my husband Abbas when he visited his cousins in Dubai from Australia in 1993. I had watched Neighbours avidly with the rest of Britain during my five years as a student there, but never imagined I would end up marrying an Aussie! Abbas’s family had migrated from Tanzania to the Illawara in the mid-seventies, and he had grown up playing cricket and believing in a fair go! His mum was also the best cook of samosas and biriani in town, and friends who dropped in after school or work were well-fed.

At the time, my mother-in-law arrived in the Illawarra, Indian groceries were hard to come by, let alone east African ingredients so they would drive up to Bondi to stock up for months at a time on spices and ingredients. She was innovative and found substitutes for hard-to-source ingredients and developed short cuts to cooking methods.

My mother-in-law had all the recipes in her head, and I learnt to cook by watching her, writing down quantities and methods and practising. She was a generous teacher, and she also knew how to cook a catalogue of east African dishes I had not eaten before as my grandmother had cooked a fusion of Indian and east African food but leant heavily on curries. That is where I began to document the recipes for mahamri, pigeon pea curry and cassava and meat stews, and kalimati.

Kalimati batter uses yoghurt to give a tang to the batter and yeast to ferment. Once the batter rises, little balls of batter are dropped into hot oil and fried, then coated in sticky syrup to make them sweet. It’s the quintessential east African sweet to go hand in hand with your first cup of tea at iftar time – the first crunch launches you into a pillowy chewy interior.

Our iftar starts with the customary date, then a cup of tea and a kalimati – or two!  It’s almost impossible to stop at one! We always start with something fried – either sweet or savoury or both and then we stay at the table and launch into the rest of our evening meal – perhaps a rice dish or curry and bread.

Over the years, I’ve made kalimati so often during Ramadhan that I don’t need the recipe anymore. I think that’s true measure of how much a dish becomes a fixture on the family table if you know how to make it with your eyes closed. My children all cook to various degrees. The youngest one, who is eighteen, loves kalimati so much that a couple of years ago, she took over the job of preparing the batter when she would come back from school then frying the balls just before iftar.

The last time I visited Kenya was as a teenager in 1982. I would love to go back some day with my family and eat my way through the streets of Mombasa and Lighthouse. In 2018, my aunt from Tanzania came to Sydney and stayed with us, sampling Aaminah’s kalimati during Ramadhan. She and her son’s family are my only close relatives still living in east Africa and whenever we speak, food sits high in the conversation, what she cooked, where they ate out, and what dishes Aaminah can learn to cook when we finally get there! 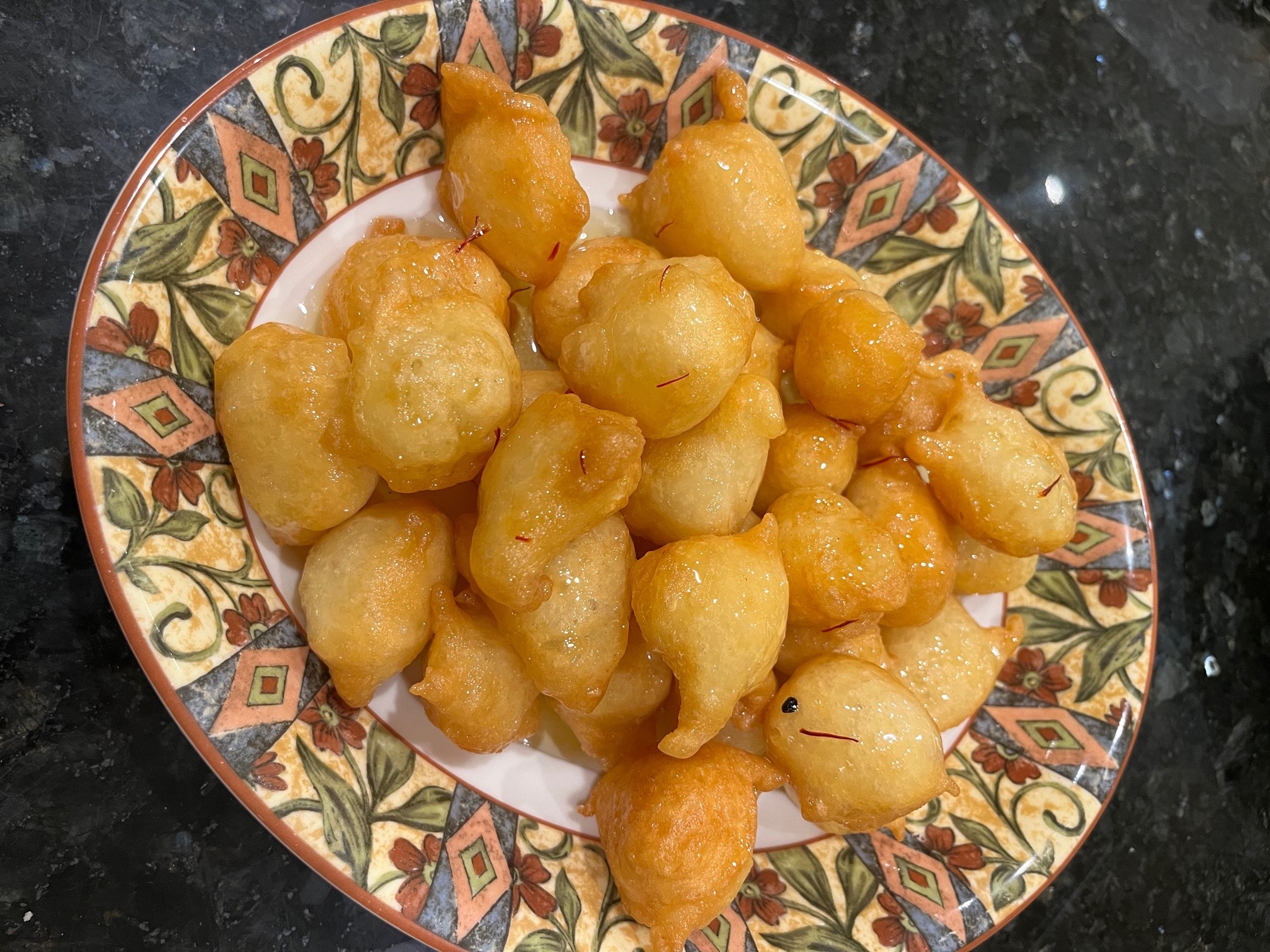 Make the Kalimati batter – place all the dry ingredients in a large mixing bowl, add the yoghurt and one cup of water. Mix the wet ingredients into the dry ingredients with your fingers, then add more water slowly as needed, holding your fingers together and beating the batter with them. You may not need the entire amount of water to get the consistency required. The batter comes together quickly and needs to be elastic, looser than cake batter but not runny. Cover the batter with cling wrap and leave in a warm place to rise for a few hours.

Meanwhile, make the syrup by heating the water and sugar in a pot till it begins to boil. Crush the saffron strands between your fingers and bruise the cardamon seeds with the back of a wooden spoon before adding both to the syrup. Stir the syrup a few times and take off the heat when it becomes sticky. To test the consistency, carefully dip your index finger in a teaspoon of syrup and when you press the finger quickly against your thumb, the syrup should be sticky enough to form one strand. Alternately, the syrup should be sticky enough to coat the back of a teaspoon.

The batter is ready when it has risen and becomes bubbly and lacey. Heat oil in a wok on a medium flame. The temperature is right when a blob of batter dropped into the oil rises to the surface immediately. Use a lightly oiled round teaspoon or soup spoon to drop 7-8 balls of the batter into the oil, taking care not to overcrowd the wok. Reduce the flame to low and stir the balls with a slotted spoon to ensure they take on colour evenly. When golden brown, remove from the oil, strain well and drop into the cooled syrup, stirring them around to coat. Remove and place on a serving plate and continue frying the rest. When all the kalimati are fried, serve on a platter and pour the remaining syrup over them. Allow them to sit in the syrup – if possible – to allow the flavour to soak into the kalimati.

Make a cup of tea and enjoy two or three – I can’t stop at one! 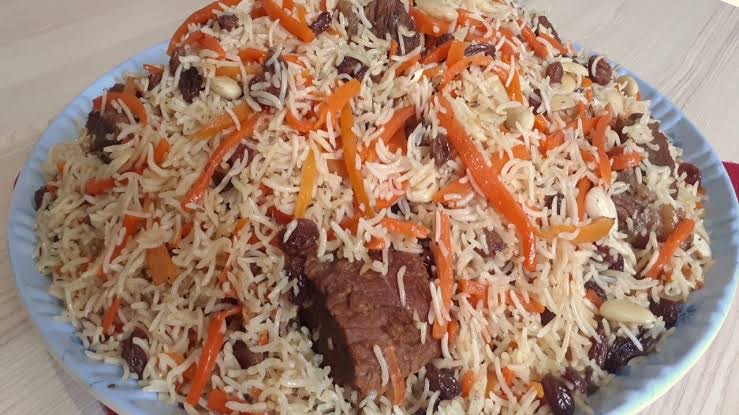 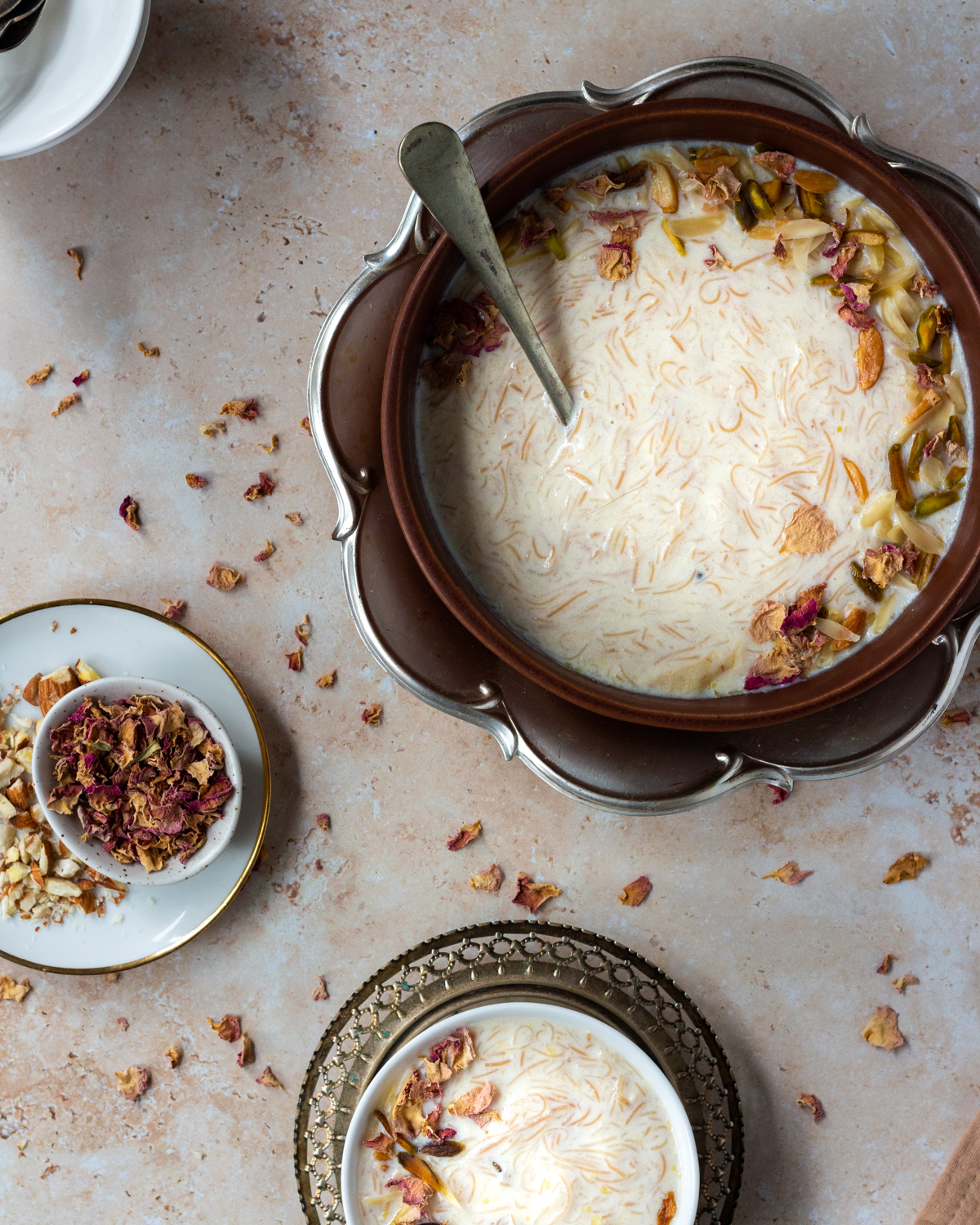