A recipe for disaster – or was it?

Adam Rida is the Community Relations Officer at CBCity.

When City of Canterbury Bankstown Mayor Khal Asfour and his Deputy Bilal El-Hayek were invited to participate in a ‘cook off’ for Recipes for Ramadan, I thought it would be a recipe for disaster. So, it was with much trepidation I agreed to tag along and watch.

The two amateur but aspiring chefs and food lovers had put their money where their mouths are and sponsored the community initiative to fill a void left by the cancellation of the popular festival Ramadan Nights Lakemba.

COVID-19 restrictions have meant there could be no Ramadan Nights or nightly invitations to ‘iftar’ to break the daily fast with extended family and friends. Instead Recipes for Ramadan is an invitation to a virtual ‘iftar’, combatting social distancing and isolation by sharing recipes and stories online while we can’t sit down face to face.

With the stories as important as the food, it’s a kind of Who Do You Think You Are? with family recipes replacing the family tree to celebrate the diversity of Muslim culture and heritage.

Mayor Asfour and Deputy El-Hayak’s ‘cook off’ aimed to get the community participating by sending in their recipes and stories, so a wider audience can experience the cultural delights of the many countries and cultures that make up the City of Canterbury Bankstown.

Both had agreed to prepare a traditional middle-eastern dish, Fatteh, which is toasted pita bread, chickpeas, yoghurt and minced meat (optional).

I didn’t want to risk the two of them alone in a kitchen, so I enlisted the help of none other than local MasterChef cooking whizz, and Punchbowl local, Hoda Kobeissi. Hoda was a real find in the 2018 season of MasterChef Australia and finished in the Top 12.

Her state-of-the-art kitchen was the perfect setting and we decided to film the event to share with you.

The ingredients were prepared, and the stage was set. She would instruct and watch over the two as they cooked the dish.

It was soon evident that she would have her work cut out as it became clear to us both that they weren’t accustomed to spending much time in a kitchen.

Khal quipped, “Is this the cold water?”

Then Bilal kept taking the frying pan off the stove and Hoda needed to keep reminding him “Just keep it on. Because it’s induction, when you take it off it stops.”

But they both soon got into a rhythm.

Add oil, brown the mince, a dash of salt and so on.

Crushing the garlic was an experience and both had to be guided on how to use more “vigour” to make a smooth garlic paste.

Hoda telling them with a twinkle in her eye that the recipe could be adapted: “If you don’t plan on being close to anyone tonight, use more garlic.”

Now add some yoghurt sauce, chickpeas and toasted pita bread and there you have it.

All that’s left to do is garnish with pine nuts and parsley.

The result is a quick and delicious meal for you to break your fast.

So, what I thought would turn out to be a recipe for disaster ended up being a recipe for success with both men gaining a new appreciation of cooking and all of us enjoying the fruits of their labour when the sun set. 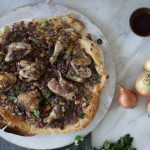 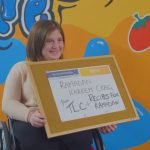