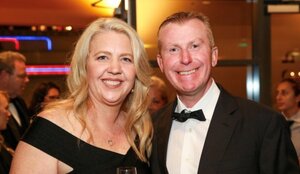 Aaron Boyd is CEO of Unity Grammar, an Islamic co-educational School in Austral, Sydney. Catering for local and international students, Kindergarten to Year 12, staff, parents and community work together to develop confident, resilient young people who value humanity, a service mindset and a lifelong love of learning, and are prepared to be tomorrow’s leaders.

With a focus on community service and developing relationships with the wider Australian and international communities, the school’s core values are Integrity, Allegiance and Sincerity.

Mr Boyd’s previous roles include Chief Operating Officer and Dean of Studies at SCECGS Redlands on Sydney’s Lower North Shore, Director of Administration and Head of Department at Abbotsleigh, and Curriculum Consultant with the Department of Education, where he was responsible for 30 Secondary Schools and 70 Junior Schools across the Fairfield and Bankstown Districts. He lives in Sydney with his wife, Melissa, and two children, Sarah and Bradley.

Both my and my wife’s heritages originate from the UK. My own Boyd heritage can be traced back to the early 1600’s in Stirling, Scotland. My wife Melissa’s maiden name is Baker. Her heritage can be traced to the late 1600’s in Kent, in south east England. The Boyd family – my 2nd Great-Grandparents, my great-great-grandparents – immigrated to Australia in 1860. Melissa’s 3rd Great-Grandparents, her great-great-great-grandparents immigrated here in 1856. The Baker family beating the Boyds to Australia by four years.

Melissa grew up in Sydney and I was born in Cowra, a small town of some 8,000 people in country New South Wales, where I lived until moving to Sydney to attend University.

An interesting story…members of the Baker Family and Boyd Clan were recorded to have fought against each other in 1746. The Battle was known as the Battle of Culloden. They stood at each end of a football pitch sized field, facing each other for battle. By the end of the battle, the English including Melissa’s ancestors prevailed and the Scots including mine were defeated. Melissa and I visited the actual site in 2000 and stood where our family or clan were positioned, eyeing each other. It was an eerie feeling, knowing what had occurred 254 years earlier.

Both of us always look fondly back on our early years growing up, enjoying a range of foods. Typical Australian foods as vegemite, fairy bread, meat pies, pavlova, chocolate crackles, mars bar slice and ANZAC biscuits were always on the list of favourites.

A fond memory for each of us was enjoying seafood with our families on Good Friday which has inspired the recipe we’d like to share with our community for Ramadan.

Nanna Kaye’s Fish Pot Pie is one of my mum’s favourite recipes which we believe to have originated in Scotland. It brings back memories of simpler times, when we didn’t seem to have the worries of the world, where your mother created food with passion and you were never allowed to leave the table without finishing your meal completely!

In earlier times, fish was eaten to honour the Roman goddess Venus. Romans were fond of eating fish and when they invaded Britain, it is said they brought a love for seafood with them. At that time, during the Christian Lent fasting time, all meat except fish was prohibited and thus the recipe for fish pie evolved. Traditionally, the pie would be made by combining it with spices, wine, sugar and rosewater. Today, fish is still eaten on Good Friday on the Christian calendar.

Since joining Unity Grammar in 2017, Ramadan has become another special time in our family’s annual calendar: a blessed time when families have the opportunity to come together and share their love of family through the currency of food. The school community is not dissimilar to an extended family and as a member of it, I have enjoyed the new experience of participating in Iftars over the past few years.

We hope you enjoy our story and we guarantee you will love Nanna Kaye’s Fish Pot Pie. 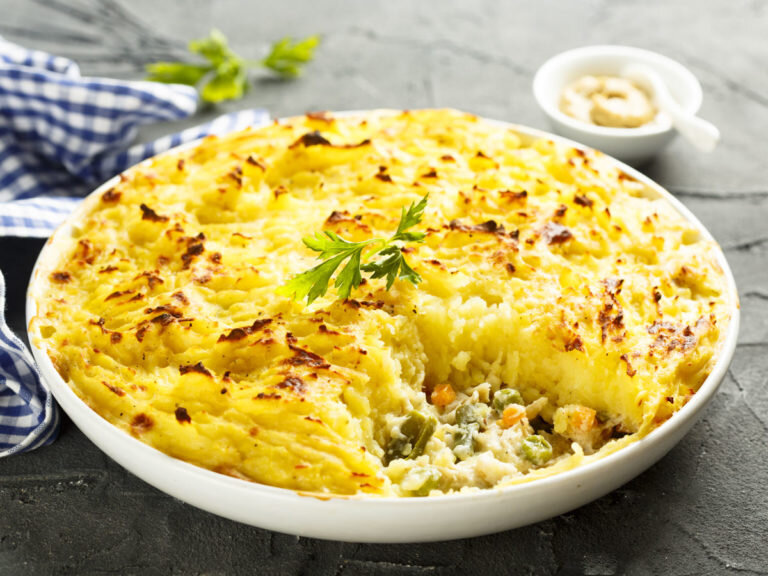 Heat the butter and half of the oil in a large saucepan, preferably with a heavy base over a medium-low heat. Add the thinly sliced onions and salt and cook, stirring occasionally for half an hour until the onions are soft and a nice golden colour. Take care not to scorch the onions.  Add the stock and simmer until half of the liquid has reduced then add the cream and simmer until half the liquid has reduced again. Remove the pan from heat and allow it to cool. Process the sauce mixture in a food processor until smooth, then transfer sauce to a bowl.

Heat the remaining olive oil in a small saucepan and cook the finely diced onion, stirring occasionally over medium heat for 10 minutes or until soft. Stir the chopped onions into the sauce and season with freshly ground black pepper.

Spoon 2-3 tablespoons of the prepared sauce into the base of 4 small ovenproof dishes and add a layer of snapper pieces. Drizzle one third of the truffle oil over the 4 dishes of snapper and then repeat layers to fill the dishes almost full.

Place puff pastry on a lightly floured surface and cut pastry pieces larger than your dishes. Cover the pies with the pastry, gently pressing it to the sides of the dishes. Brush the pastry with a the lightly beaten egg. Bake for 20 minutes or until the pasty is golden.

Serve with salad or green vegetables – and enjoy! 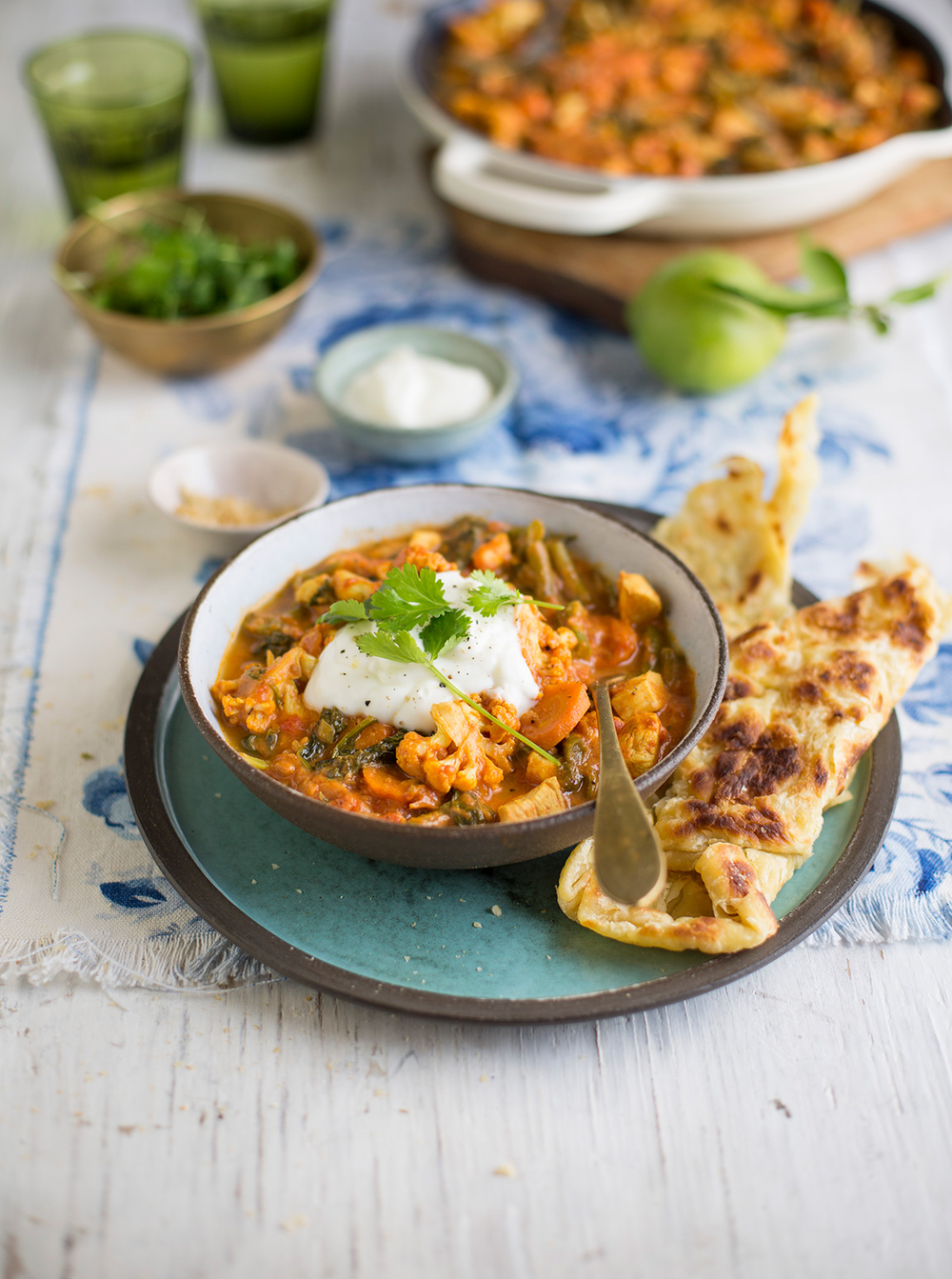 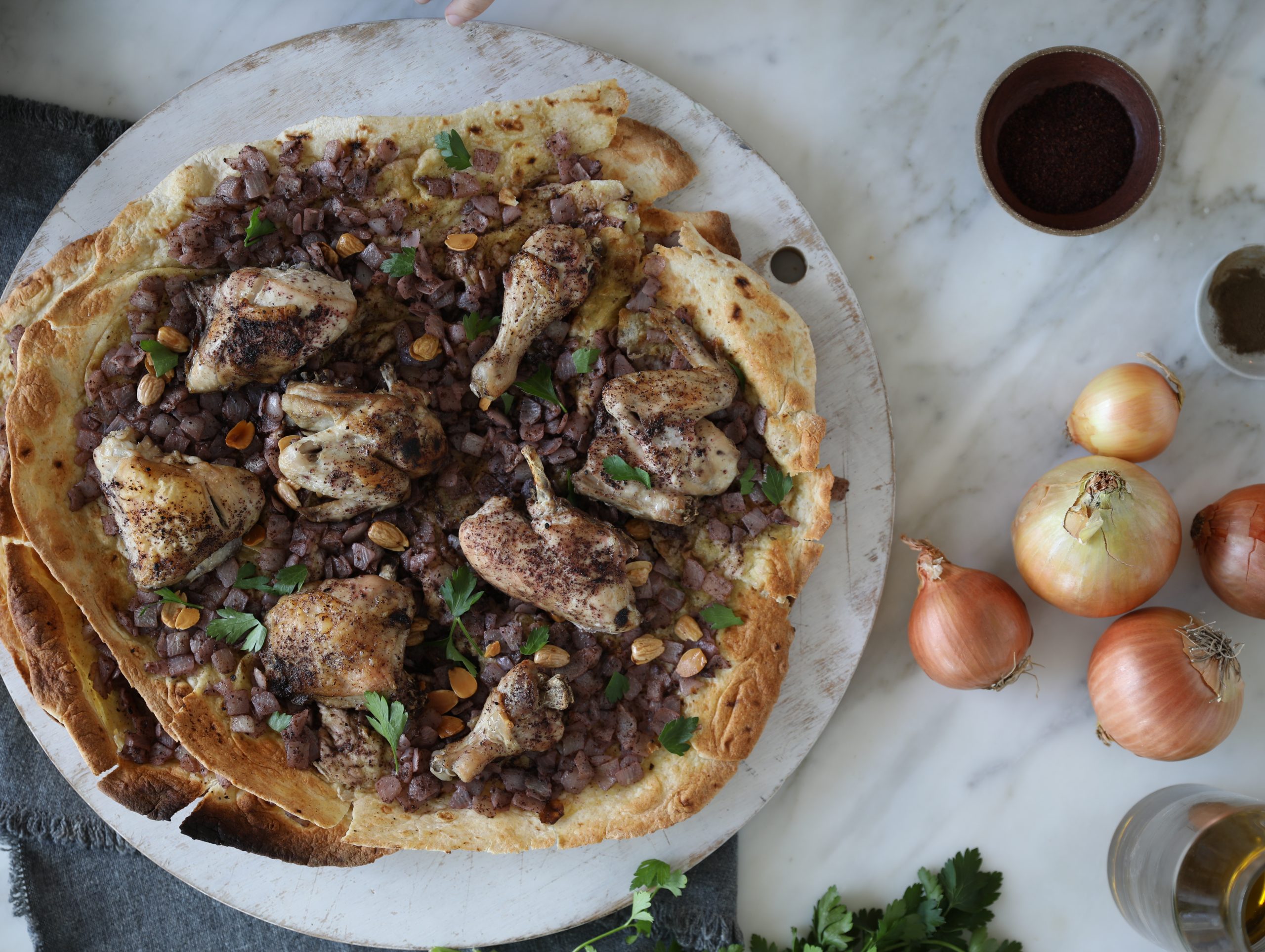