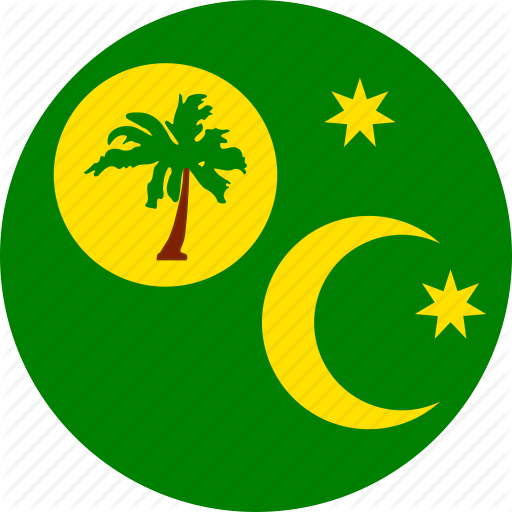 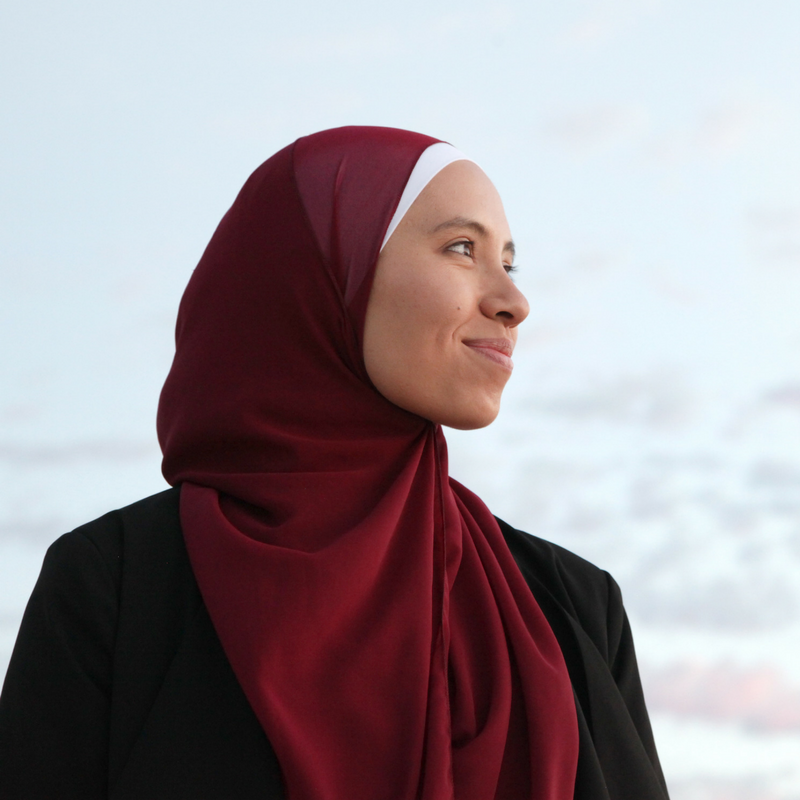 Calisha Bennett is an international speaker, educator with Together for Humanity and the Australian-Muslim community and a mother of five home-schooled children. She has educated communities about issues around identity, confidence, resilience and the Islamic faith for over 14 years. Through her coaching business 'Developing Diamonds', she has worked closely with countless women and youth and regularly collaborates with many community charities and organisations as an ambassador for important campaigns and causes.

Born to a sixth-generation Australian father and a Cocos/Christmas Islander mother in Port Hedland in north-western Australia in the mid 1980s, I was raised to feel a close connection to the ocean and nature.

Many people are unfamiliar with the Cocos Keeling Islands. In the Southern Hemisphere and part of Southeast Asia, the islands are some 2,700km north west of Perth, midway between Australia and Sri Lanka and closest to the Indonesian island of Sumatra. Two atolls and 27 coral islands, they are an Australian territory but little known even to most Australians. The religion is Islam and the two main islands (Home Island and West Island) are only inhabited by around 600 people.

Whilst originally from the Cocos Islands, my grandfather and grandmother moved over to Christmas Island in the 1950s, due to unfair treatment by those governing the island. My grandparents told us that many islanders worked collecting coconuts for export and instead of paying them cash, they were paid with food tokens.

The islanders’ access to the food stores was restricted, which seems a horrible way to control people. At one stage, the islanders were almost starving, so my grandfather and some other men broke into the storage shed and took some food for the people.

My grandfather had a rifle pointed at him and was threatened that if he ever did anything like that again, he would be banished. It was not long after that that my grandfather left the island and ended up on Christmas Island.

My mother was born on Christmas Island and the family moved to Port Hedland in 1973 when my mother was 13 years old.

In his early twenties, my father was a keen surfer traveling around Australia, discovering amazing surf spots and working different labour jobs along the way in order to save up to travel overseas to surf. During his travels he stopped a while in Port Hedland and was doing work for the council when he met my mother. Their instant connection and romance were met with resistance due to the cultural stigma of my dad being a ‘white man’ and a non-Muslim and so they rebelliously eloped back to dad’s hometown, Adelaide. A while later, mum’s family said they would accept their relationship if she would just come back home. After studying Islam and learning more about its teachings, my dad wholeheartedly converted to the faith and they married not long after.

Marrying in the late 70s, my parents were a free-spirited couple who bravely faced and overcame the challenges and stigma associated with being from different races and cultures. They raised us with an appreciation for Australia and Western foods as well as mum’s traditional Islander foods.

Cocos Islander foods have an Indo-Malay influence with rice as a staple, as well as dishes with traditional Asian spices, chillies, coconut-derived ingredients and rich flavours. The islanders have also developed their own unique foods over the decades, particularly foods that could be eaten when food stores were low like dried fish and colourful crackers and my favourite dried shredded chilli fish and coconut served with sun-dried rice (kerak and serundeng), as well as different dishes utilising the island’s natively grown coconuts and vast array of readily available and freshly caught fish, shellfish and other types of seafood.

My mother is a talented cook and over the years learnt and mastered many cultural dishes from all of the world as well as some amazing dessert and pastry dishes. In the Perth community, she was always known for her home-cooking abilities and ladies’ lunches and was a regular food donor whenever there were fundraising causes or events. Feeding people and sharing food is seen as a form of charity in the Islamic faith. In a Prophetic narration the Prophet Muhammad is reported as saying: “The best of you are those who feed others.” (Ahmad)

In our home in the earlier years of my life, Islam had more of a cultural presence than anything else. We did things ritualistically with little awareness of the deeper meaning behind different practices and acts of worship. My father had access to very limited amounts of Islamic literature upon his conversion to the faith and my mother and her family only had a limited understanding of the teachings which had been taught and passed on orally by the elders and spiritual leaders on the island. Together they slowly and gradually increased in knowledge and practice over the years.

We grew to become a big family of ten with my parents having eight kids in total – two girls and six boys. As a family we were outdoorsy and adventurous yet would still commit to daily prayers, eating halal foods, fasting in Ramadan and other essential aspects of the faith. Overall, we lived rather freely and liberally with little awareness of the deeper teachings of the Islamic faith. Despite this, we always participated in religious and community occasions and rituals with cultural foods always playing an important part in the celebrations and festivities.

Ramadan was always known as a special and sacred time with Iftar (breaking of the fast) dinners every second day or so with family and friends and the nightly prayers at the mosque during the holy month.

It wasn’t until later in my childhood that Islam became much more of a focal point for our family. When I was about eleven years old, my parents started to actively attend classes and lessons to expand their understanding of the faith. Slowly our home evolved to being more religious and spiritually aware whilst our community and family connections also grew.

It has been enriching for me having come from two different cultural backgrounds and having the Islamic culture in addition to that. My own personal diversity has driven me to want to understand my identity to greater depth and to distinguish my faith from my two cultural backgrounds as well as to celebrate how they complement each other.

My children’s father and I both grew up in the same area in Perth, WA. We went to the same school and he knew my brothers. At the start of 2018, we moved to Sydney and we love it here so far. Now, as a mother of five children, our family has an additional culture because their father is Turkish and so we have four elements of culture, customs and foods which play a role in our home culture and the children’s identities. Making traditional foods from their various cultures never fails to excite my children and put a smile on their faces.

For our family and community, seeing the act of eating and sharing foods as a means of celebrating our cultures as well as a praiseworthy spiritual practice which is pleasing to God, truly warms the heart and soul.

I have chosen to share an aromatic and spicy Islander chicken dish which we all love and which I think will have you salivating!  Imagine yourself sitting on the front patio of a beachside shack on Cocos Island, gazing at a golden sunset and overlooking the white beach sand and crystal blue ocean!  This will take you there. 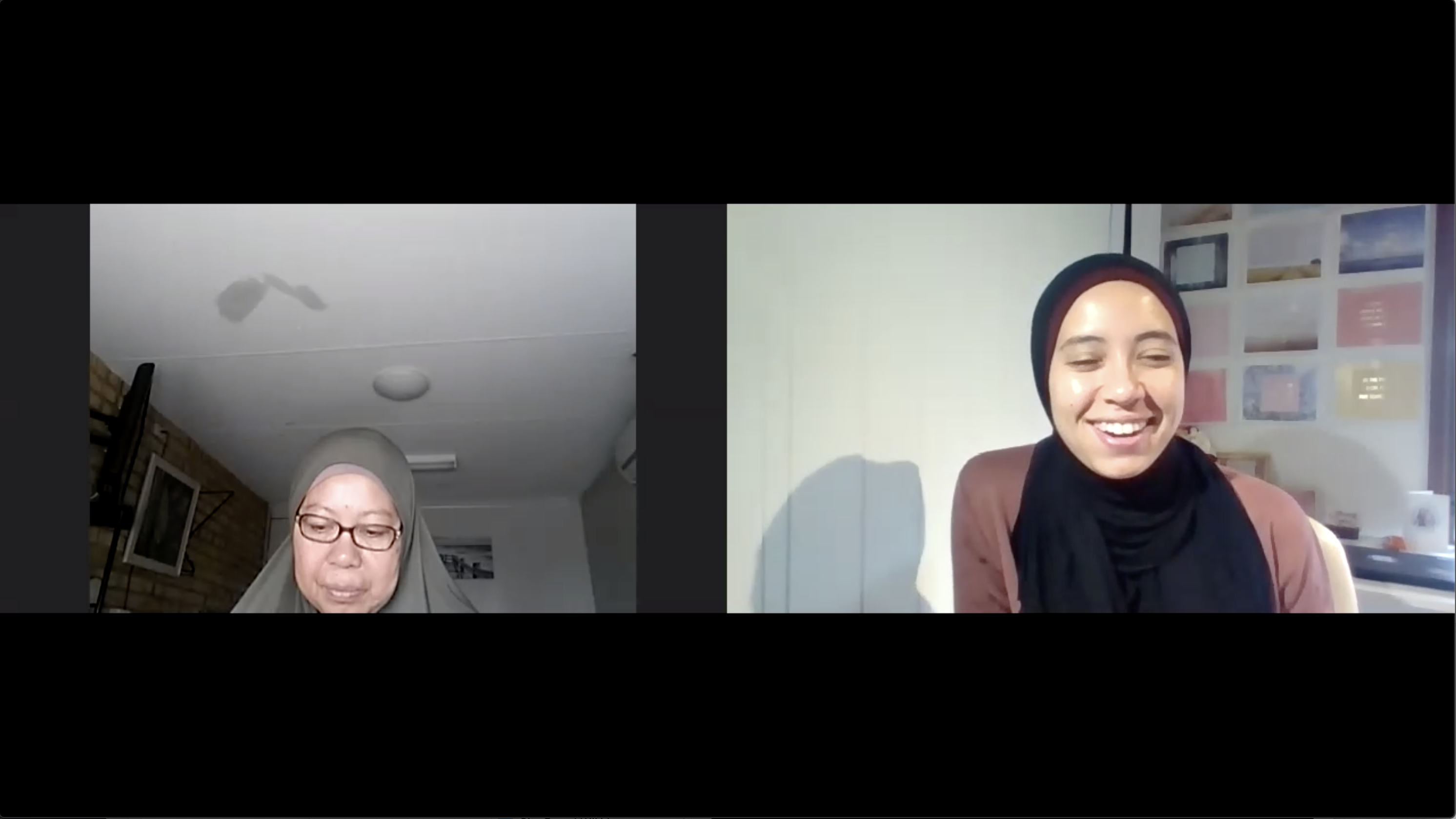 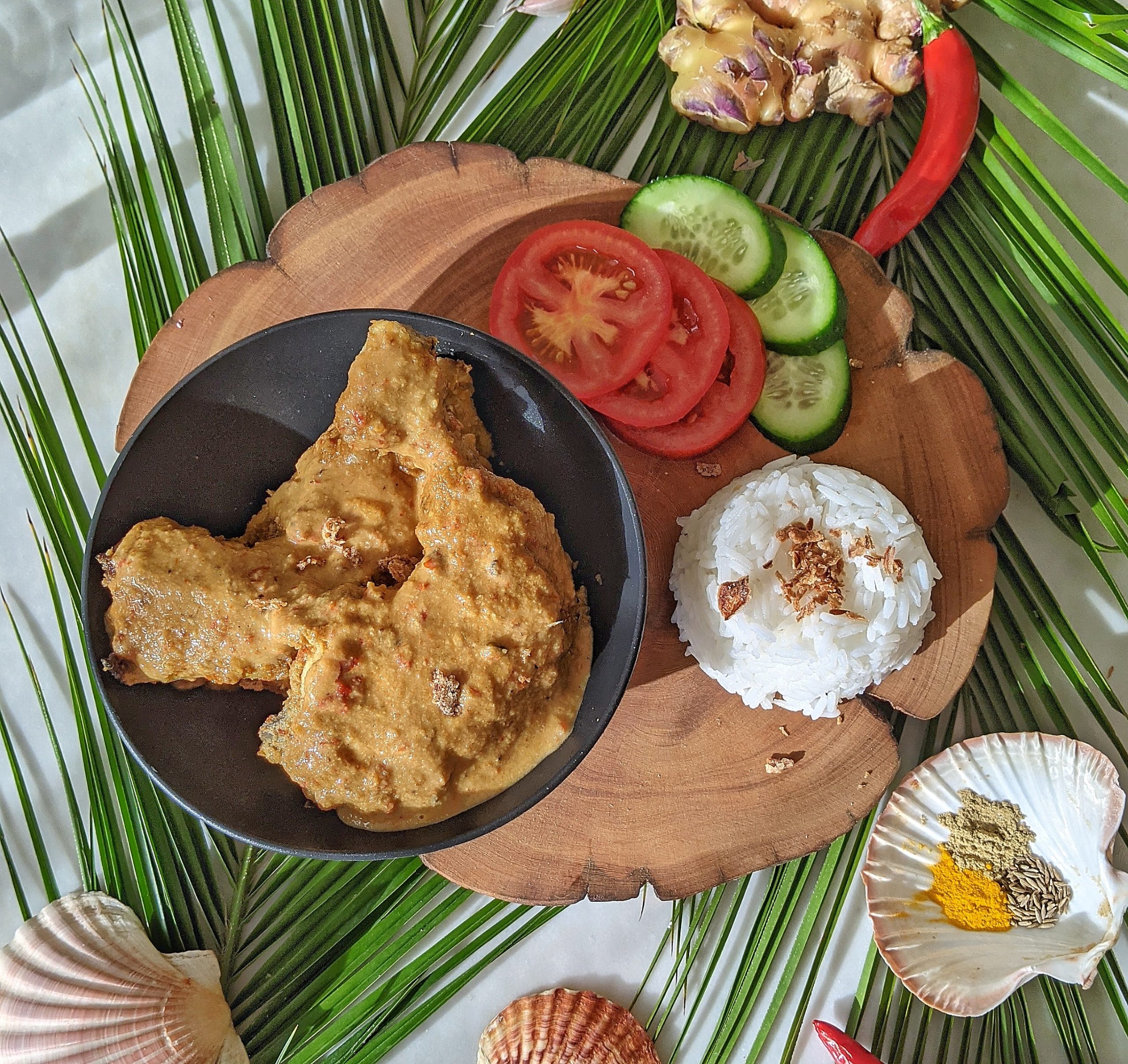 Marinate the chicken pieces with the paste. Cover and place in the fridge for a few hours.

Place the chicken into an oven tray, baste with the lemon juice and cover with foil and roast in the oven for one and a half hours on 180 degrees. Turn the pieces regularly and remove the foil for the last 30 minutes of cooking time.

Serve with steamed jasmine rice and be sure to eat with your fingers for the traditional eating experience!

Imagine yourself sitting on a front patio of a beachside shack on Cocos Island, gazing at a golden sunset and overlooking the white beach sand and crystal blue ocean! 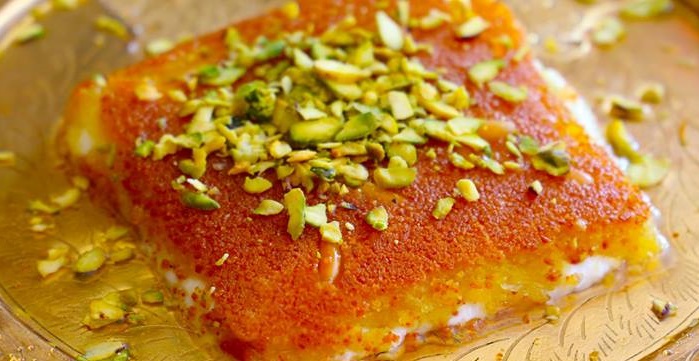 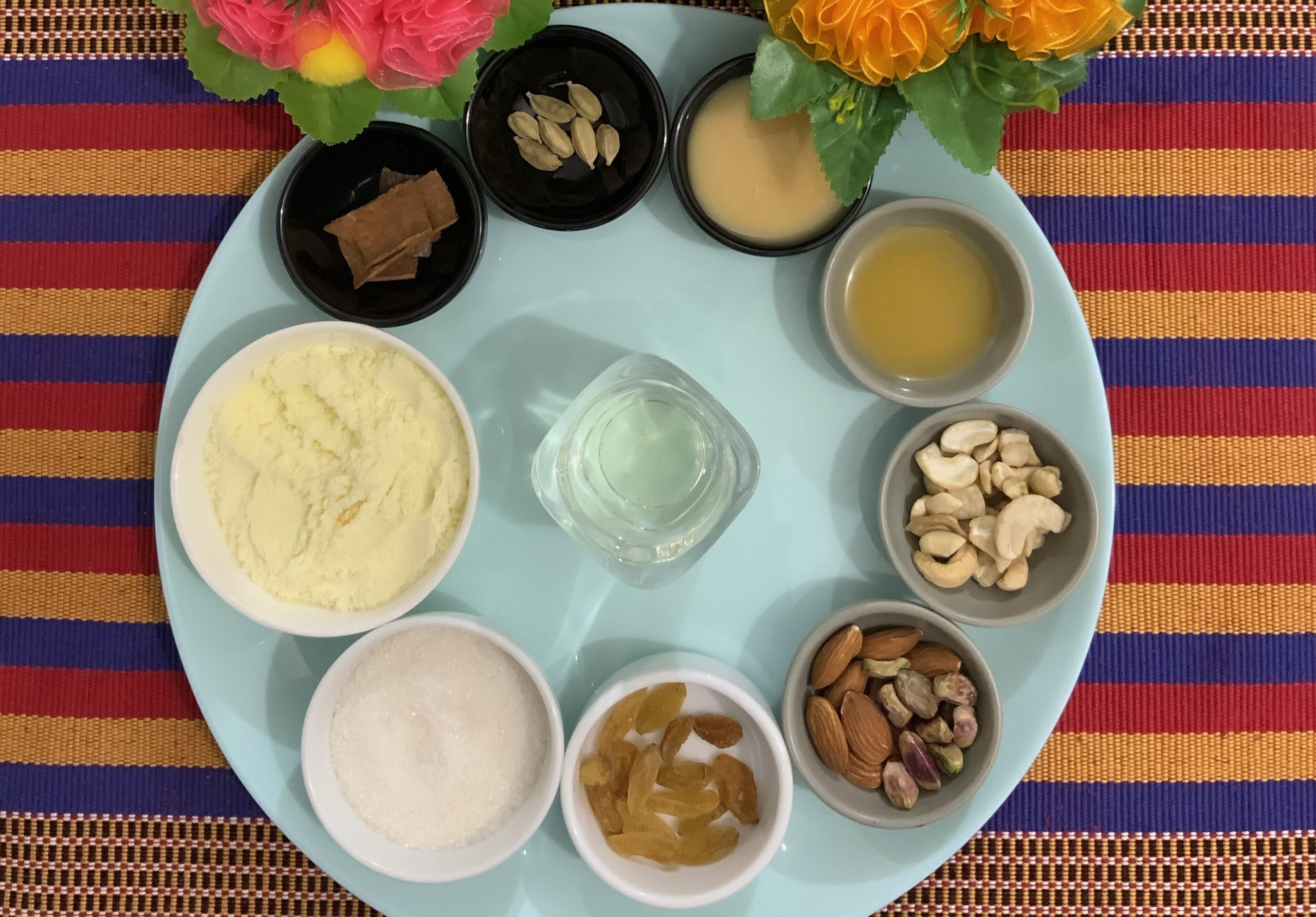