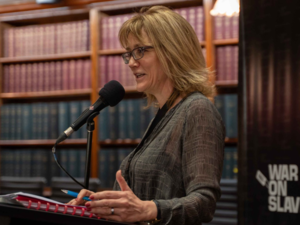 Jane Jeffes is a producer and director and former head of ABC Religion & Ethics. A UK-Australian dual national. She is based in Sydney, Australia.

“I’ve been thinking about Recipes for Ramadan for a long time. Maybe since I first travelled to India as a student and my eyes were opened to many things including the relationship between food and culture and faith and geography and history.”

It seemed then, as now, that so often the most intimate opportunity to get to know someone was over food, sitting together and sharing stories. I worked regularly in India for a while and imagined if my husband and I moved from London, it would be to India. Instead it was Sydney.

I wasn’t convinced Australia offered the same rich adventure but having spent most of my working life in broadcasting and celebrating the diversity of a modern multicultural democracy, I was drawn to do the same here.

The first short film I made was for the Red Cross and NSW Law Week. Called Izeta’s Story, it told the story of Izeta and Fahir separated for three years during the war in the former Yuogslavia, Izeta with their youngest son, Fahir with their oldest boy.

It was harrowing and an honour that they shared it with me while we drank thick Bosnian coffee and ate Izeta’s homemade baclava in their new home in Western Sydney. A special bond remains – and still nobody makes baclava like Izeta.

Later, making a feature length documentary called Silma’s School, I was privileged to spend the best part of a year with the teachers, students and community at Noor al Houda in the Sydney suburb of Strathfield. It was there, at HSC time, that I experienced my first Ramadan, my first Iftar dinner, my first fattoush and the best hummus.

Since then, I’ve made many Muslim friends, some long standing, some more fleeting, and I’ve been lucky to be invited to many many iftar dinners, big and small, including on several occasions, MC-ing iftars for the Grand Mufti of Australia and New Zealand, Dr Ibrahim Abu Mohammed.

This year with COVID-19 and social distancing, I’ll really miss those iftars so an idea I first conceived as a TV series and a book has taken flight as a community project with the involvement of Amity College, Unity Grammar, Together for Humanity, the Gaza Children’s Fund, Hazen Agency as production partners and AMUST as a community media partner.

It’s been a tight turnaround but here we are, on the first day of Ramadan 2020 and the website and social media is live, sharing recipes and stories each day to celebrate the rich diversity of Australian-Muslim culture, heritage and food from almost every corner of the world, and to offer a kind of virtual invitation to break the fast, try others’ recipes and hear others’ stories.

I’m so happy that friends I’ve made over the years want to contribute – from today’s students and teachers to well-known public figures, community leaders, politicians… some like Izeta, Silma, Mehar and Maha now grandmothers.

My sadness is that the Mufti is in isolation at home when normally in Ramadan he would join people for breakfast before dawn and to break the fast in the evening. He loves hosting and will be finding it hard.

He once promised me his ‘secret Ramadan soup recipe’ – served after that first date, a throwback to his upbringing in Egypt and a special feature of the iftars he hosts, bringing Muslims and non-Muslims together.

We haven’t managed to smuggle his soup recipe out so I offer my own recipe for the first Ramadan soup I ever made – and dedicate it to him this Ramadan. Ramadan Mubarak. 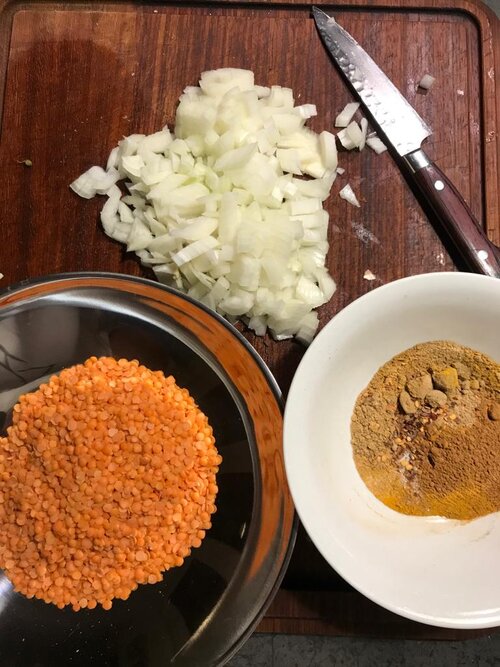 Cook the chickpeas in the broth/stock for at least 2 hours, till tender. Don’t add salt or allow the liquid to come off the boil. Add more boiling water to maintain the volume if needed. 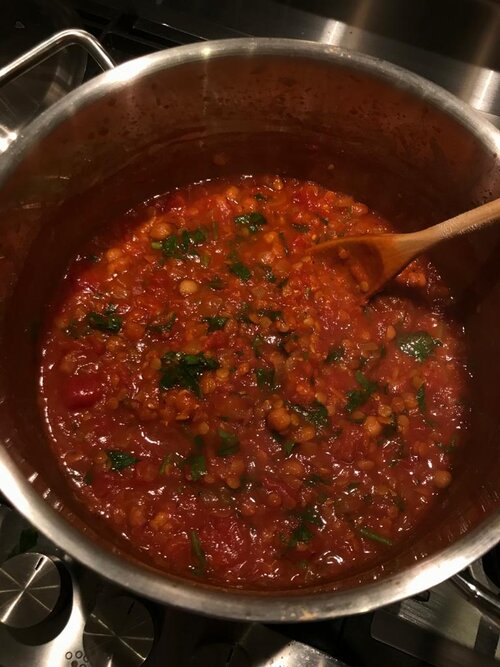 When the chickpeas are perfectly soft, stir in the lentils, onion, tomatoes and spices, season with salt and pepper, bring back to the boil and simmer for another 30 minutes until the lentils are mushy and the soup is satisfyingly thick. Finish with a swirl of olive oil and a generous handful of chopped parsley and coriander.

Serve the soup in deep bowls, with lemon quarters for squeezing and a bowl of red dates ‘to make the heart glad’.

This soup is easy to make but for a quick cheat’s version, use tinned tomatoes and tinned chickpeas to avoid soaking overnight. For vegetarians or vegans, as one of my daughters now is, replace the chicken or lamb broth with vegetable stock. Or for extra oomph for carnivores, use the meat and bones of chicken, lamb or beef to strengthen the broth.  Either way, it’s heavenly. 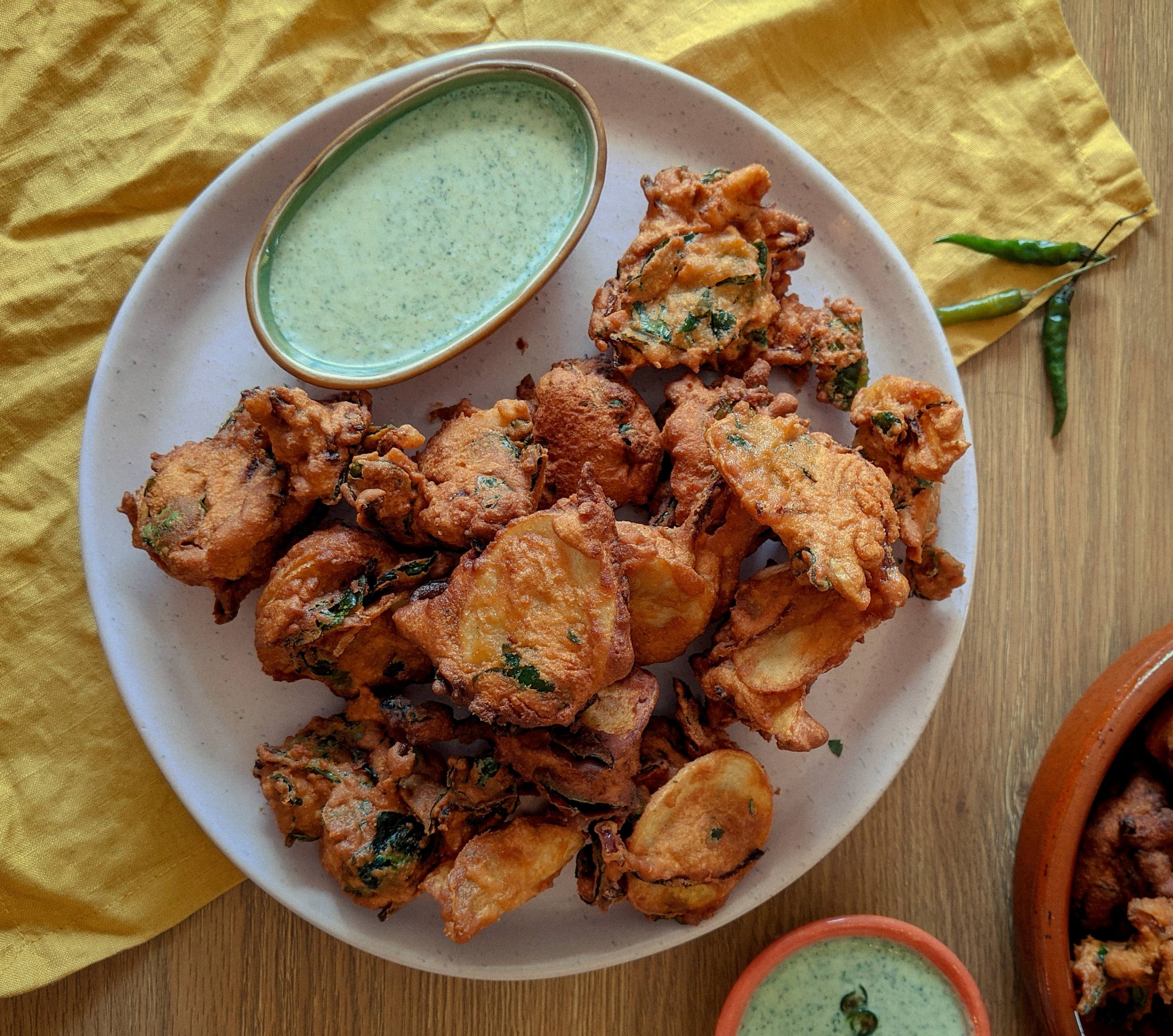 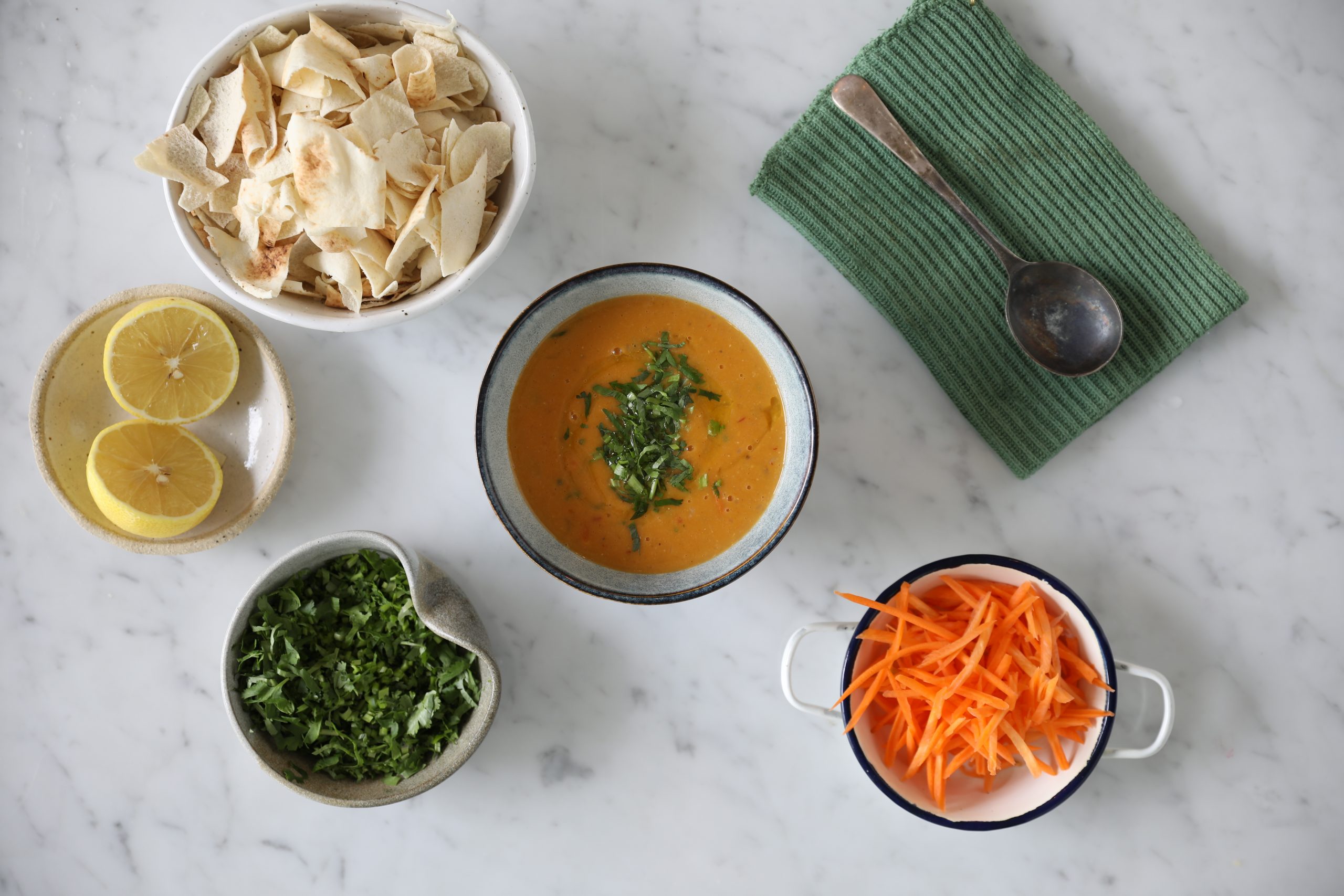