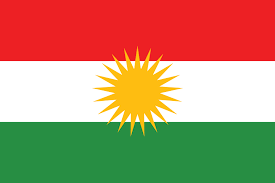 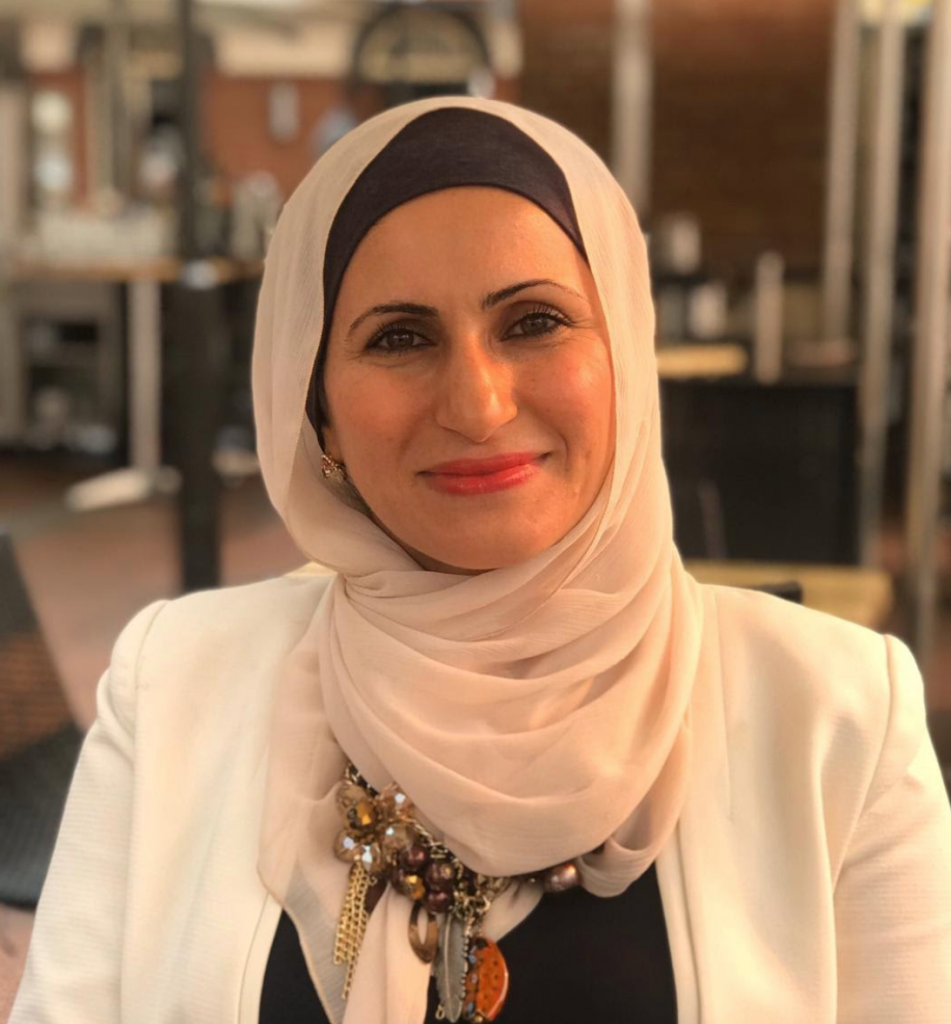 Juwan Shamdin is a social worker and mental health counsellor. She works two days a week with refugees, asylum seekers and people coming out of detention centres, and has extensive experience of working with people with PTSD. Three days a week, she is the School Counsellor at Unity Grammar in the Sydney suburb of Austral, working with students K-12. Her passion is working with refugee children with physical and intellectual disability.

I was 16 years old in 1999 when my immediate family consisting of my parents, three sisters and two brothers and I arrived in Australia. It was my first time travelling by airplane.

My family comes from the Kurdish region of northern Iraq, from a small province called Zakho, not far from the Iran, Turkey and Syrian borders. My parents made the hard decision to leave having witnessed several wars and lost some of their family members due to genocide in 1986.

Many people outside Iraq know about the Iran-Iraq War (1980-1988), the Gulf War in 1990 when Iraq invaded Kuwait and the international war against Iraq after 9/11 (2003-2011) but they know less about the wars fought over Kurdistan, which meant that my parents’ homeland was almost always war-torn. After WW1, Kurdistan hoped for independence but it has been almost continuously fought over since then with Iraq wanting control and wars over the territory in 1961-1970, in 1974-5, in 1991 and a third Iraqi-Kurdish Civil War in 1995-1996. Between 1975 and 1989, Saddam Hussein, first as Vice-President and then as President, ordered ethnic cleansing with a plan to replace the Kurdish people with Arabs from the south of Iraq. Some 4,000 Kurdish villages were destroyed. My relations died in the genocide that happened towards the end of the Iran–Iraq War when Human Rights Watch estimated that 50,000-100,000 Kurds were killed and Kurdish officials thought the number could be as high as 182,000.

After the Iraqi-Kurdish Civil War ended in 1996, my family decided to escape the conflict and find a safe place to call home. We left northern Iraq and sought refuge in Syria. We stayed there for three years and were then granted visas to Australia. We are very privileged to call Australia home.

Alhamdulillah (Thanks to God), we have all managed to have good jobs and now have small families of our own. My sisters and I graduated from universities and my brothers established their own businesses. I work as a school counsellor and work with newly arrived disabled refugees from Iraq and Syria.

Despite the conflict and fear which characterised life in Northern Iraq, I have very special memories of Ramadan when we were there. We would always gather together as a family and although our meals were small, we were very grateful and content with what we had on the table and ate with smiles.

The on-going wars in Iraq means most of my family members were forced to be separated around the world but we have a very close relationship with one another and communicate regularly via Skype and phone. We often share pictures of our meals and try to celebrate special occasions like Ramadan, Eid, birthdays and weddings together via Zoom and Skype. We talk about our memories of special occasions such as Ramadan and Eid festivals back in Kurdistan and about our relationships with our friends, cousins and neighbours. We talk about our school days and how wonderful and innocent our childhood used to be in Kurdistan. We did not understand the war, we were just happy kids.

We miss home and we will never forget our special memories back home, but our family celebrates and remembers the best of our lives, including each year the anniversary of the day we landed in Australia. I remember my father once said, “We are very lucky to live in this golden land.”

21 years after arriving in Australia, I definitely think I am both Kurdish and Australian. I have my Kurdish values, beliefs, traditions and culture in my life, but I also consider myself Australian and I really enjoy Australia’s unique culture too. In Kurdish culture, we value our families, our religion and our traditions and being Kurdish means maintaining self-respect and respect for all humanity. We teach our kids at a very young age that we are Kurdish and we maintain special celebrations, food, culture and language to keep our culture alive.

Thank you very much for giving me an opportunity to share my favourite Kurdish recipe. It is a very popular Kurdish food usually made in winter to keep hungry farmers warm and full. Known as kotulk daw, it is meat-filled dumplings in a thick tangy sauce. Unique and full of taste, with lots of nutrition and lots of flavour, it is traditionally made in quantity by at least two ladies and with lots of love. I remember my grandmother making this food to feed farmers after long hours of hard work. May she rest in peace, she fed the hungry and spread love amongst poor people in her village. It brings back special memories for me – and I hope you will enjoy trying it. 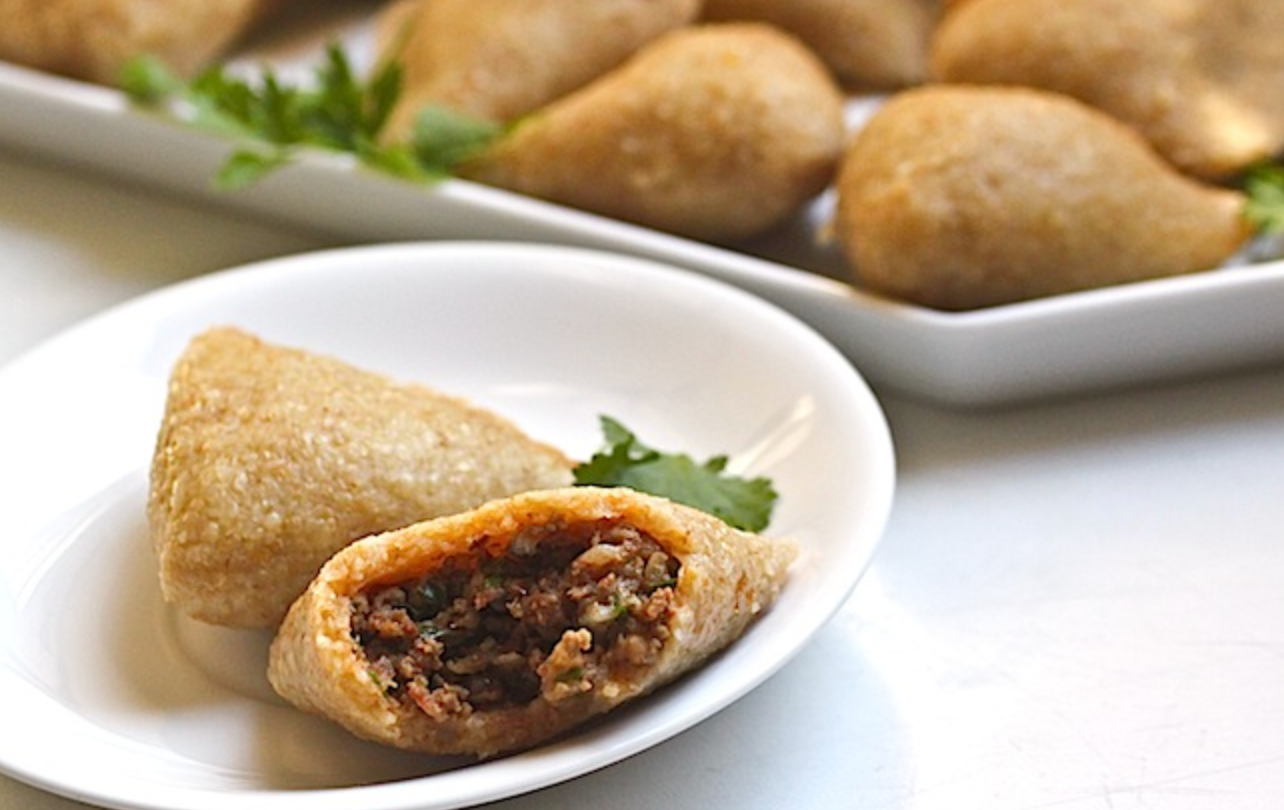 Heat 1 tablespoon of the oil in a cast iron or heavy-bottomed pan. Add the beef, lamb and a generous pinch each of salt and pepper. Cook over a moderately high heat for about 8 minutes, breaking up the meat with a wooden spoon until browned and nearly cooked through. Add the onion, bell pepper, celery and garlic and cook for about 10 minutes until the vegetables are softened, stirring occasionally. Stir in the parsley and season with salt and pepper. Transfer the filling to a bowl and leave to cool.

* Cream of Wheat is a brand of semolina porridge made from ground wheat kernels. Also known as wheat farina.
**Graham flour is a sweet, nutty flavoured coarse flour. A form of whole wheat flour made by grinding the endosperm of winter wheat into a fine powder and mixing back in the bran and the germ. It is named after Sylvester Graham, a health food enthusiast from the 1800’s.
If you don’t have graham flour you can substitute:
Equal amounts of whole wheat flour which also contains gluten.
OR – Per cup needed, 1/2 cup unsifted whole wheat flour + 1/2 cup unsifted all-purpose flour
OR – 1 cup minus 3 tablespoons all-purpose flour + 3 tablespoons wheat germ
OR – a gluten-free replacement can be made using hazelnut meal, almond meal and potato flour

Meanwhile, in a large bowl, whisk the Cream of Wheat with the Graham Flour and 1 teaspoon of salt. Stir in the water and the remaining 1 tablespoon of oil until a dough starts to form. Turn the shaggy dough out onto a work surface and knead until very smooth and pliable, about 7 minutes. Lightly oil your hands and form the dough into 1 1/2-inch balls. Transfer the balls to a baking sheet and cover with plastic wrap.

Working with one piece of dough at a time, make a deep depression in the dough with your thumb, and spoon a heaped tablespoon of the filling into the depression. Gather the dough at the top and pinch together tightly to form a little purse. Gently flatten the dumpling to a 3/4-inch-thick round. Return to the baking sheet, repeat with the remaining dough and filling and cover with plastic wrap.

In a large saucepan, combine the yogurt with the stock and a generous pinch of salt and bring just to a boil, whisking frequently. Stir in the mint and the 1/4 cup each of dill and coriander. Add the dumplings, partially cover and simmer over moderate heat, stirring occasionally to prevent sticking, until the dumplings are plump, and the soup is thickened, 50 minutes to 1 hour. Stir in the lemon juice and season with salt. Spoon the dumplings and soup into shallow bowls and garnish with finely chopped dill and coriander. Serve. 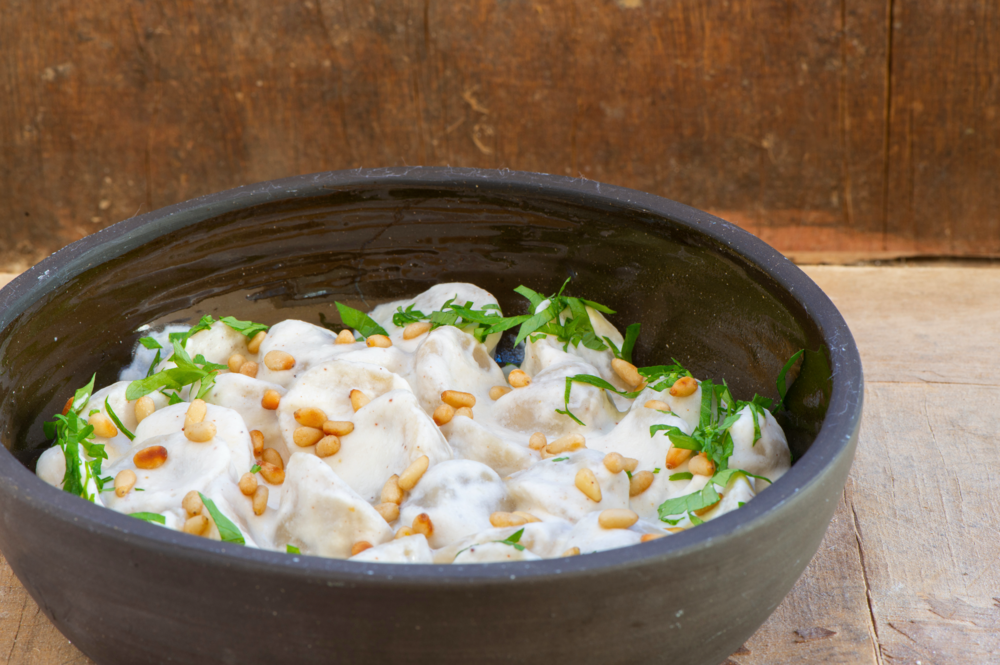 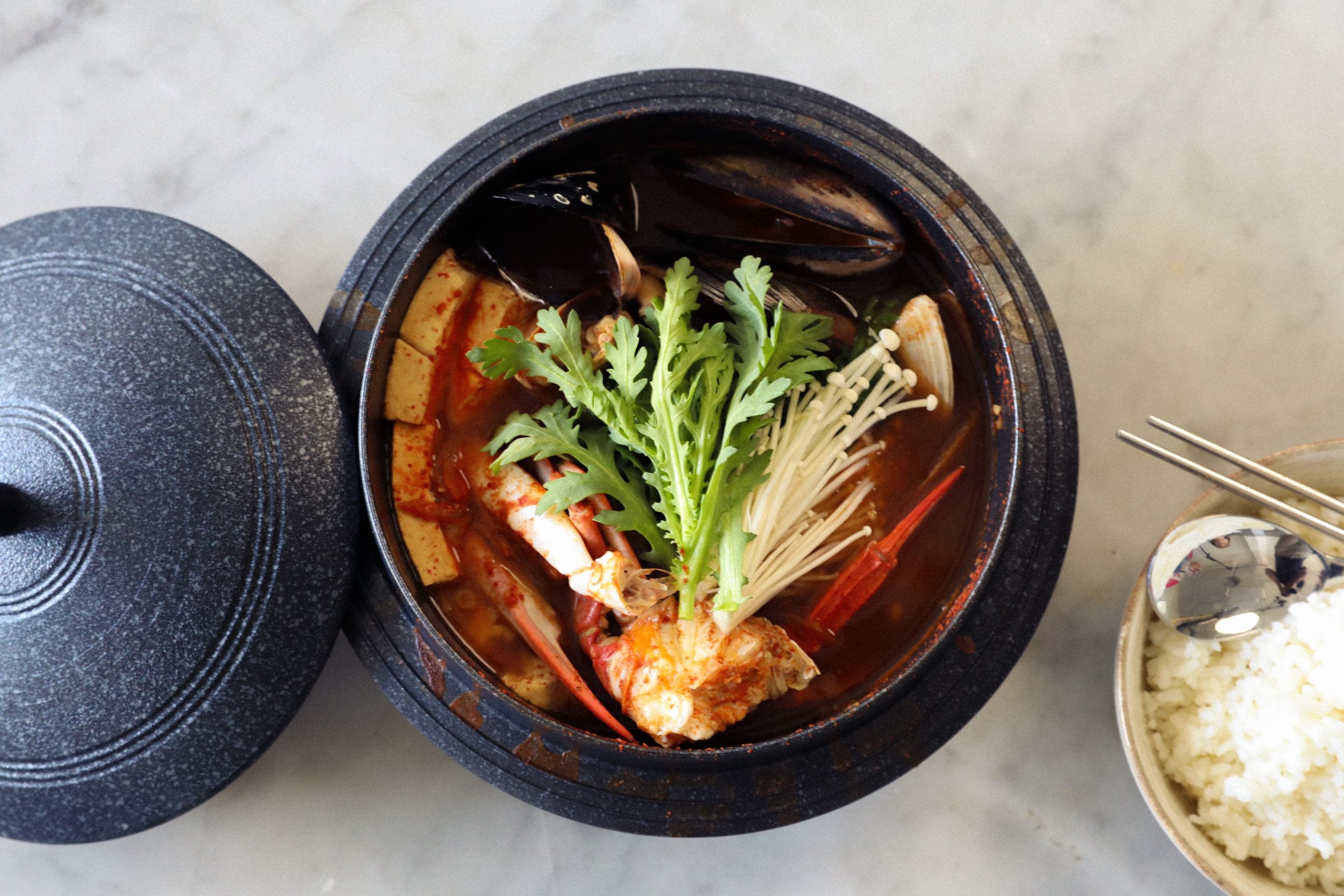