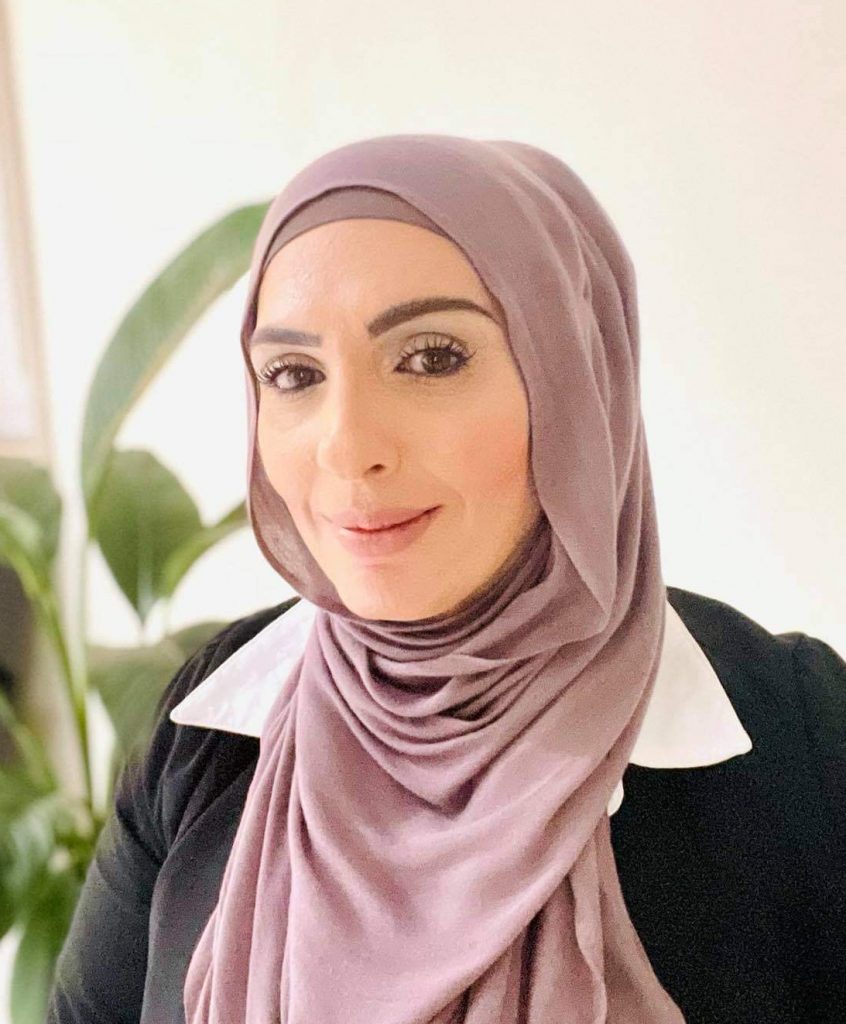 With a background in marketing, fashion retail and events, Salima is passionate about social justice, human rights and volunteer work. A mother of four, she enjoys travel, hiking, long walks by the ocean, eating out with family and friends, and cooking. Salima is married to Osman Karolia, Head of Community Engagement at Unity Grammar. (Find Osman’s Butter Chicken and his childhood memories under South Africa.)

Lebanese Stuffed Grape Leaves or Stuffed Vine Leaves is my all-time favourite dish that I grew up eating and grew up helping my mum make! It’s one of the things I would choose to serve as part of Recipes for Ramadan’s virtual iftar.

This dish was the food of celebration, served at only very special occasions: weddings, family arriving from overseas, pilgrims returning from the Hajj pilgrimage, special guests for a Ramadan iftar and of course, the Eid celebration marking the end of the fasting month of Ramadan. Lebanon being a multifaith nation, it was also a cherished part of Christmas, Orthodox Easter and the many feast days of the saints.

In part, it’s such a special occasion dish because it’s a labour of love. The preparation is always a team effort, a kind of communal activity which even with many hands takes several hours.

Traditionally known as dolma, stuffed vegetables are a prized food from the Balkans to Central Asia – and with every nation claiming dolma as their own, the variations are often the subject of heated debates! In Arabic, we call this dish “warak enab” which literally means leaves of grapes, and traditionally the leaves are stuffed with rice and meat or rice and veggies.

I am sharing the Lebanese version that we refer to as ‘the King of Food’. This version is the one my family makes and it comes from our hometown, the northern Lebanese city of Tripoli, the country’s second largest city after Beirut. It’s the recipe I grew up with, made by my mum, her mum and many, many earlier generations of my family.

As a young girl growing up in Bankstown, Sydney, I – like most other young Lebanese girls – for years sat with the older ladies helping with the preparation and listening to stories of their childhoods. So this dish was also a journey into my own heritage and at 15, when you were finally invited to cook the dish, it was like a rite of passage, a sign that you had grown from a girl to a young woman.

Making everything from scratch over two days in the authentic traditional way is a slow process but a rewarding one. The preparation time depends on how many rolls you’re making, how many people have gathered to prepare the vine leaves and make up the rolls, and how fast they are. My mum makes 4-5kgs so it is a real social event.

Then, after the time and love it takes to prepare them, the stuffed vine leaves are cooked long and slow with lamb. The longer and slower the cooking the better so that the juice of the bones cooks out, the rolls soak up the lamb juices and everything melts in your mouth.

Nowadays you can pre-buy the filled vine leaves and just add the stock and meat to assemble. Lots of people even use a pressure cooker. It’s convenient but it’s not the same and it would be such a shame to lose the love and community that is part of the tradition, because it’s not just about the food but about the ritual – women gathering together, sharing stories and connecting with our history. I hope we don’t lose that.

My parents came to Australia in 1970 as migrants and remained when civil war tore apart their homeland. They have held on to many of their family traditions and stories and given us many things we cherish, including our prized traditional dishes.

I’ve never lived in Lebanon and only first visited when I finished year 12. I remember being fascinated to learn more about Tripoli’s proud history. Stretching back to at least 1400 BC, it has been settled by a number of great empires including the Phoenicians, Persians, Greeks, Assyrians, Crusaders, Arabs and Ottoman Turks. Each left an impression on the city and on its cuisine. I also remember being surprised that my family and others who had moved to Australia hung on to old traditions and kept them alive when many of the family there had outgrown them.

My mum hails from the old Tripoli suburb of Abu Samra, an area used previously as a naval centre for the ancient Phoenicians and Greeks, a fort by the Arabs and the Crusader forces of the Knights Hospitalier with the Citadel of Raymond de Saint-Gilles in its shadow. My great grandmother gave her an old stone from that ancient land that was traditionally placed on top of the dish as it cooked. Most cooks now use a plate to keep the dish in place but I still use my great grandmother’s stone, passed down to me from my mum as it was passed to her from her mum and from many previous generations. It has witnessed a great history from the ancient Phoenicians to my home in suburban Sydney and is a precious and indelible link to my heritage. I look forward to someday passing this stone on to my daughter, Sarah.

My mother and grandmother have always done everything by sight and feel but the recipe below gives the measurements and times I use. Thank you to Karima Hazim for working out quantities and writing them down in English.

Tripoli’s King of Food is not a Jamie Oliver 30-minute meal or something you will want to rustle up mid-week but I do urge you to try it. Get a group of friends, family, even colleagues together, enjoy the preparation on a Saturday and invite everyone back to eat on Sunday. They will love the activity and little matches the satisfaction of flipping the cooked dish out of the pot onto a serving dish the next day and eating with your hands, mopping up the juices with lots of Lebanese bread.

The quantities should feed 10 with plenty of leftovers. Enjoy. 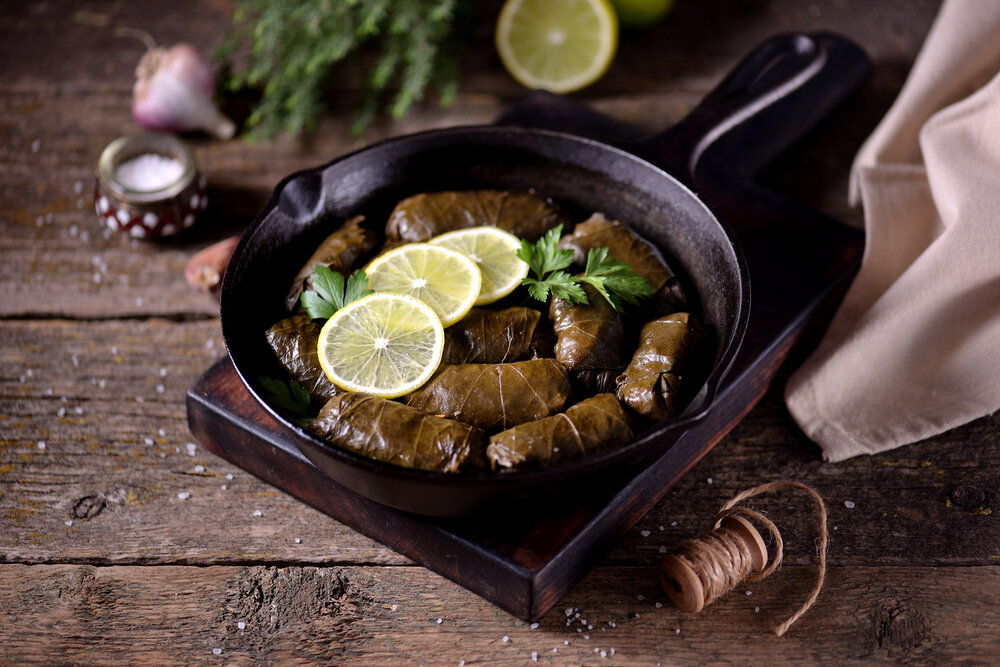 Wash and soak the fresh leaves in water to remove any excess dirt. The leaves should be a fresh vibrant green colour. Bring a pot of water to the boil and submerge a handful of leaves at a time to blanch until they turn a khaki green colour. Ensure stems are removed. Repeat with all the leaves. Put in a strainer over the sink and run cold water over them to cool down. Allow to cool and then place on a tray ready for rolling. It is important the leaves are cool so as to not spoil the stuffing mix.

Whilst the leaves are cooling you can begin to prepare your stuffing mix. Combine the rice, mince, salt and spices by kneading together with your hands so as to bring it all together.

On a clean, flat, wet surface such as a counter. Lay a leaf flat with the rough side facing you and the smooth side of the leaf on the counter. The amount of filling will depend on the size of the leaf, but the aim is to have uniform rolled leaves to allow for even cooking. Therefore, if you have two quite small leaves you can place them alongside one another overlapping halfway to form a bigger leaf or if you have a giant leaf you can cut it in half down the centre. The average leaf should be palm size and requires 3/4–1 pinkie length and thickness of stuffing, remembering the rice expands when cooking. Ensure you are relaxed and not tense whilst rolling the vine leaves to avoid ripping.

Place the filling in the centre of the leaf, about a centimetre from the base. Starting from the bottom, roll the leaf over the filling, tucking the edges to create a cylinder shape.

Tip: while rolling, press on the centre and pull it towards you to keep it tight. Each piece when rolled should be around 1cm in thickness.

Add 6 cups of water to the pot. Tilt your pot to the side, if the water gushes to the side you have plenty of water for your 16.5 hours cooking. 6 should be enough but if not, add a 7th cup of water.

Place a heat proof plate face down to press down on the vine leaves and put a big rock on top to apply pressure to the plate. Cover with the lid.

Cook on high for 30 mins and then turn down to low and leave on the stove-top to cook through overnight. After about 15 hours of cooking, squeeze 3 lemons, maybe 4 depending on personal taste and add to the pot, lifting the stuffed vine leaves away from the sides of the pot and swirling the lemon juice all around. Ensure you keep tasting the juice of the vine leaves and adjust with more lemon accordingly. By now the liquid in the pot should be a shiny, dark and a rich green colour. Cook on high for approximately 20 mins. Then bring down the heat to medium and keep the pot covered for 20 mins. Uncover pot and keep cooking for another 20 minutes to cook and sizzle the top layer – this will also caramelise the lemon with the pan juices of the vine leaves.

Serve by tipping the pot into an extra-large deep serving dish, the vine leaves should fall to the bottom and the meat should be falling off the bone at the top. This is a two- or three-person job!

Best enjoyed eating with your hands. 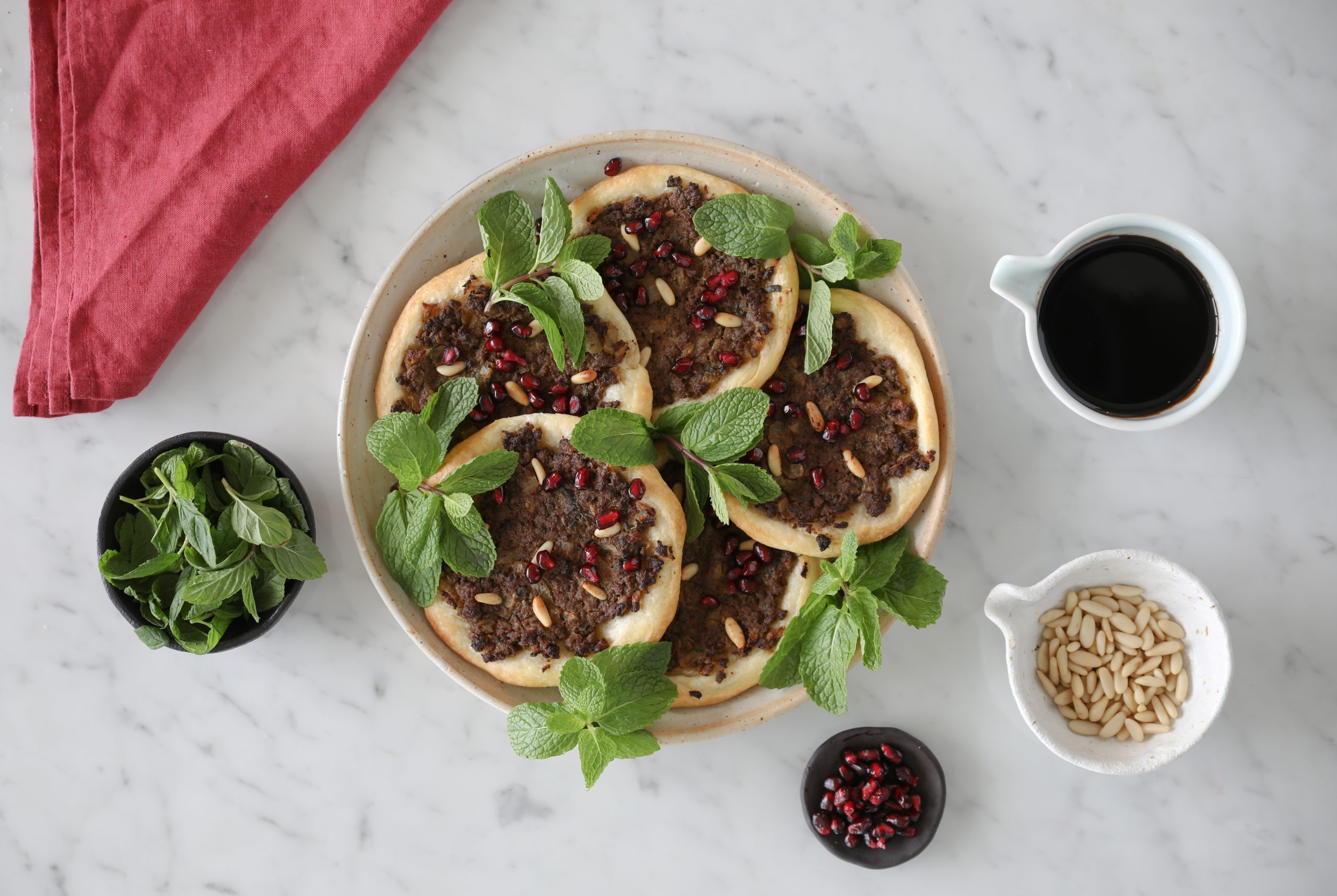 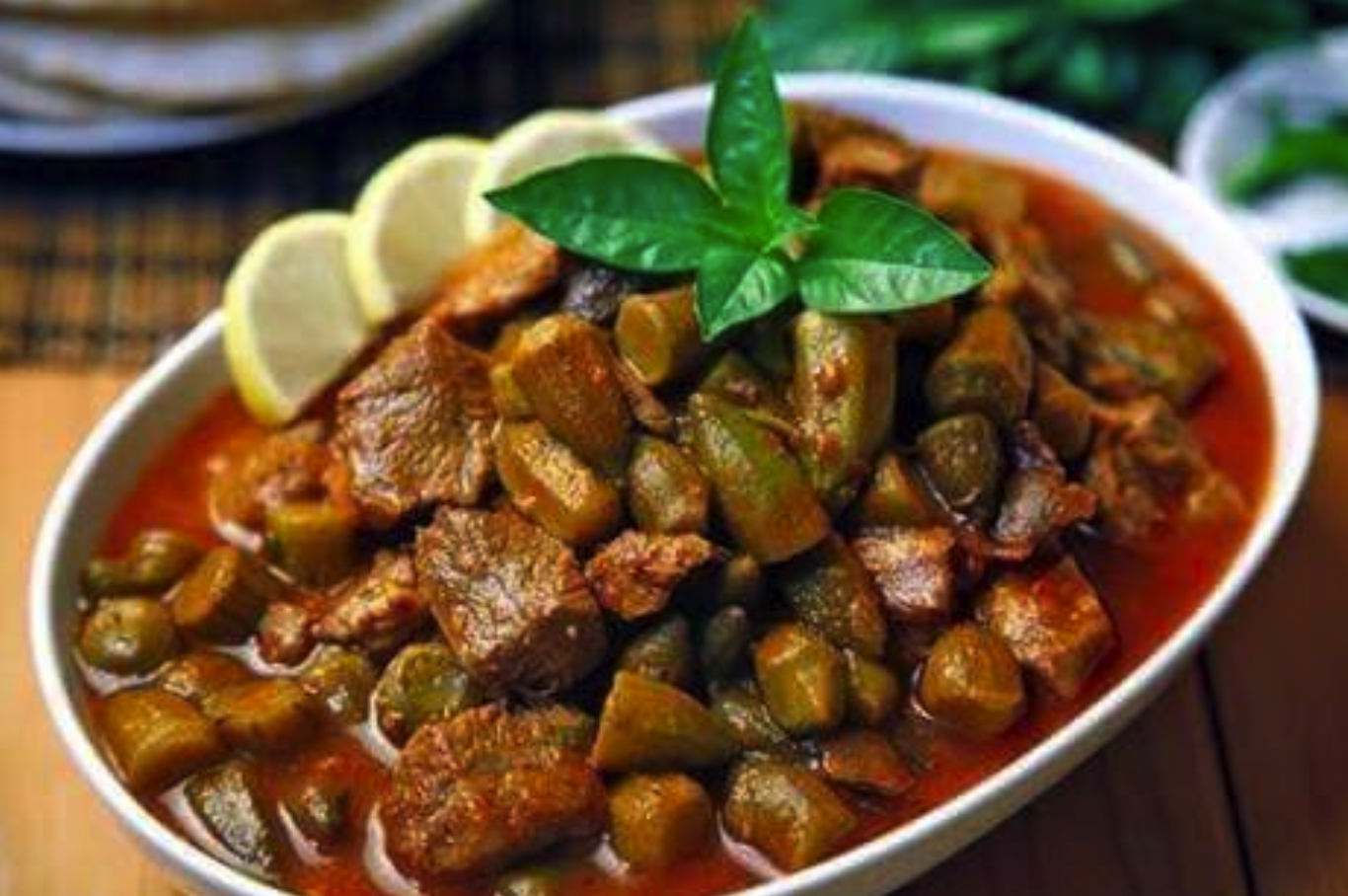